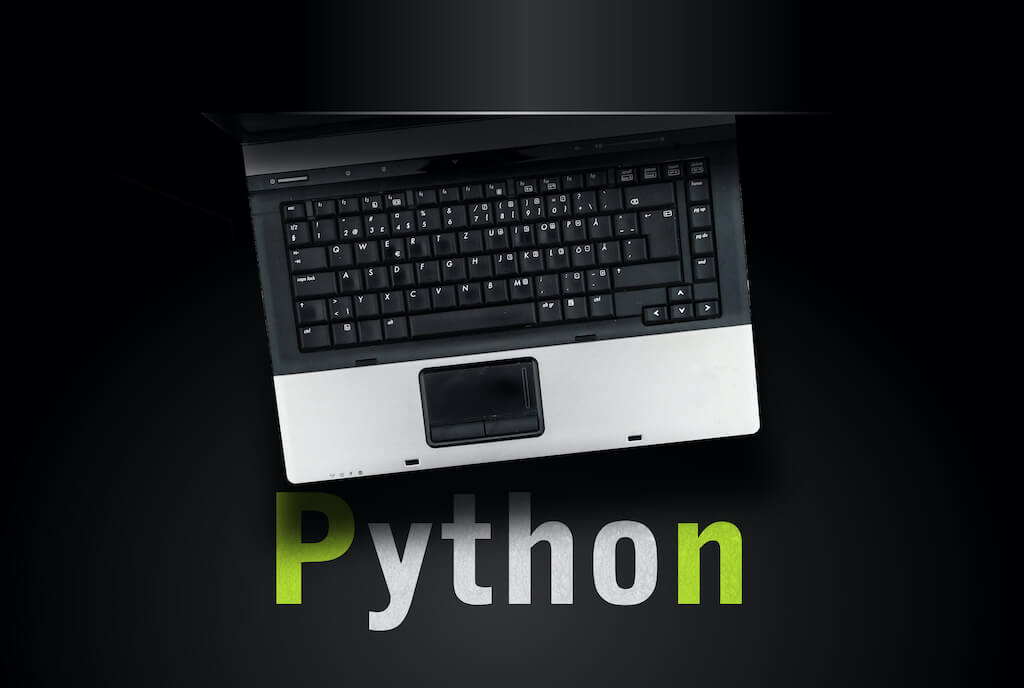 StackOverflow reports that Python is currently at the height of popularity. It’s simple, versatile and a fit for the purpose in areas like web development, data science, DevOps, and more. Python is a choice of many companies, including Netflix, Instagram, and Dropbox among others. Those are highly loaded sites that process millions of user requests per day, and Python is central to sustaining their top-notch performance. To make the most of Python's ecosystem, read more on Python frameworks.

Frameworks are the foundation of web development. Choosing one largely depends on the type of app you intend to develop.

Django and Flask are the top Python frameworks so far. When the tradeoff boils down to these two, the majority would go with Django. Flask is mostly chosen by those who for some reasons cannot use Django. Yet each framework comes with functions that you might find suitable, depending on the needs of your project.

Choosing a full-stack framework, you will have a variety of tools and packages at hand to develop any kind of application. Those are MVC architecture, ORM, routers, templating engine, security, and more. Full-stack frameworks are sizeable because they contain several modules, components and services.

A micro framework, on the other hand, fits into a single code source file. As such, it’s used whenever minimum coding is required like small applications and REST-based apps. Microframeworks lack functionality but they can be extended with databases and templating engines.

If you need to develop a feature-rich system, it's best to choose one of the full-stack frameworks. A micro-framework is a good choice for small and mid-sized projects, prototyping, and learning the structure of frameworks.

Making a decision, be mindful of the project’s future. Perhaps what seems like a small project today will evolve into a high traffic website. Or you will want to add a slew of functions to it, following the ever-changing market needs. 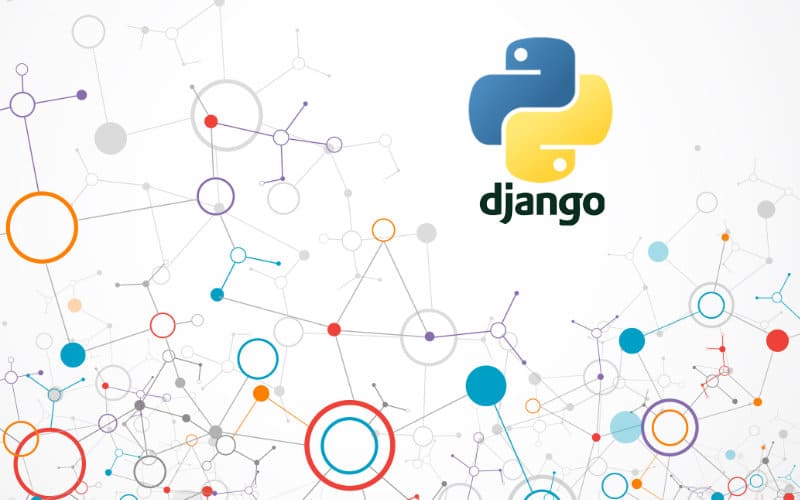 A full-stack framework, Django perfectly suits large, complex projects. It stands out as an excellent solution thanks to a huge amount of commonly used functions, which eliminates the need for stand-alone libraries. The framework includes authorization, URL routing, a template engine, ORM for interaction with databases, admin interface, email service, and many more. All of this makes Django a scalable and versatile framework.

Reasons why Django is so popular: 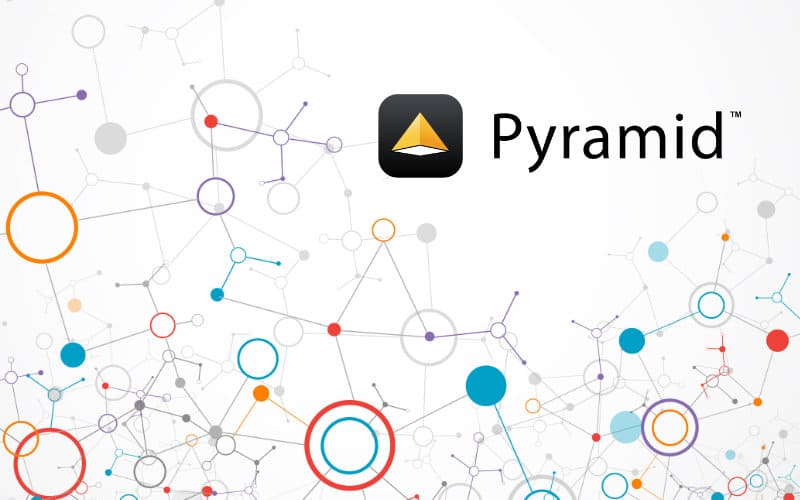 Pyramid is a minimalistic "open-source" framework that suits both large apps (for example CMS) and small prototypes with Python. Its goal is to do more with less effort – very much in the spirit of Python. Pyramid excels at URL generation, API development, configuration extensions, testing, and data documentation. It is open source and completely free. 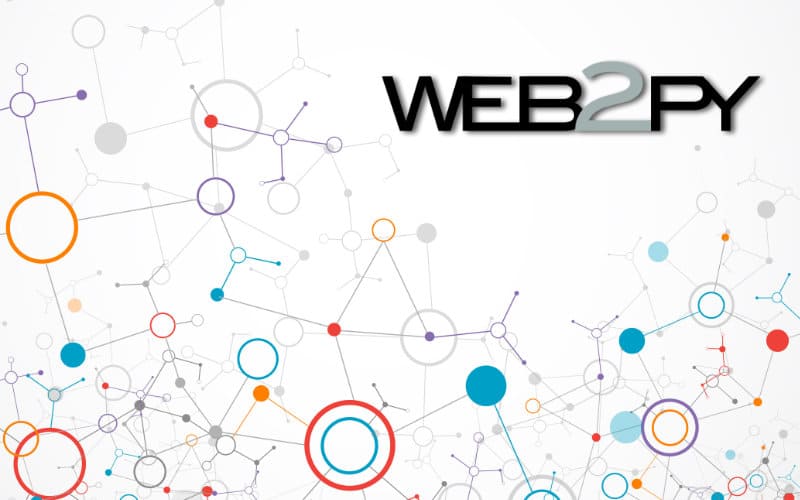 Web2py a scalable, highly secure open-source environment written in Python. This framework is designed for the development of secure applications based on databases. 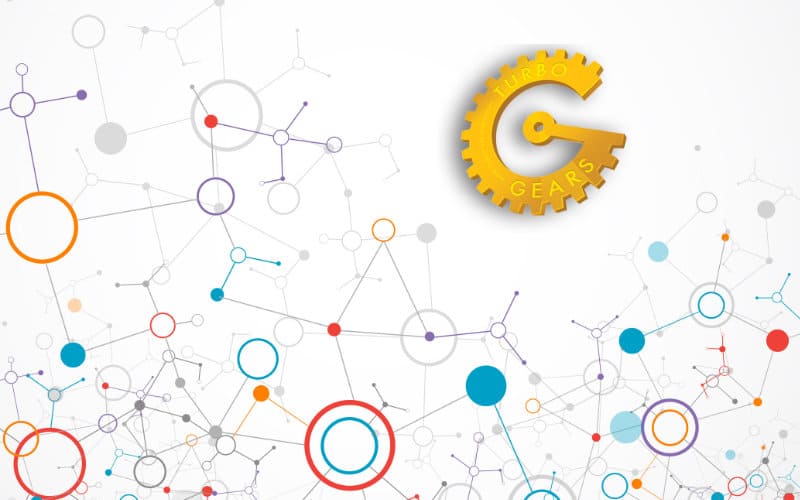 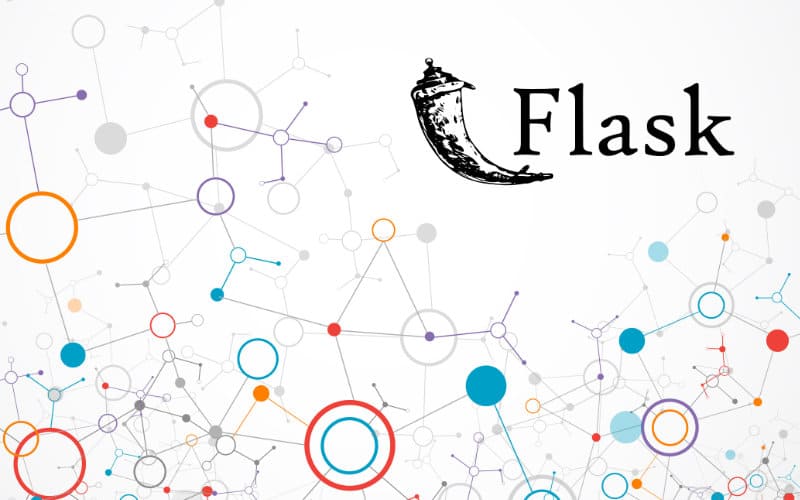 The idea behind Flask is creating a solid foundation for fast scaling of a web project. It’s a perfect choice for rapid prototyping and stand-alone applications.

Flask is a microframework, which means it is more focused on simplicity and less on functions. The microframework Flask is based on the Pocoo projects Werkzeug (utility library for Python) and Jinja2 (template engine). Because Flask is a lightweight modular framework, it can be adapted to a variety of tasks. It has a number of useful features, such as an integrated development server and a quick debugger, Jinja2 template engine, support for secure cookies, the ability to connect any ORM. 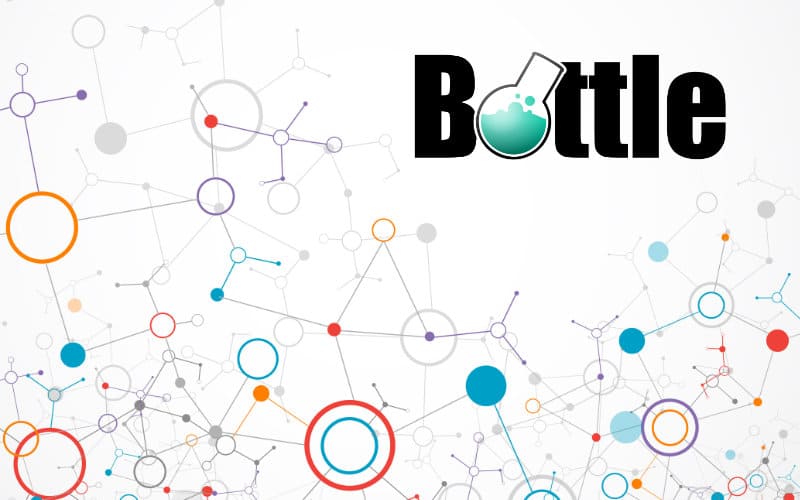 Minimalistic by design, Bottle is a good fit for small projects and prototyping. It consists of a single source file. Other than a standard Python library, this framework has no external dependencies.

Bottle is faster than many of its competitors, but it lacks functionality needed for large projects. It has a built-in HTTP server, routing with support for URL parameters, template support, convenient work with forms, downloading files, debugging in “debug” mode. 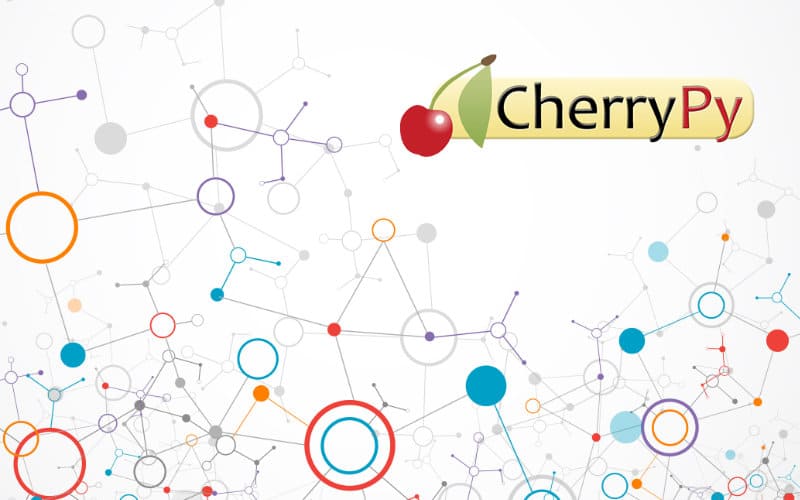 CherryPy is known as a lightweight, object-oriented framework. It allows to create stand-alone applications capable of embedding its own multithreaded server. CherryPy apps run on any OS that supports Python. With CherryPy, there’s a possibility to use any technology for templates, process articles, cookies, download files, and more. CherryPy has a built-in plugin system and support for the profiling, testing, and coverage, ability to run multiple HTTP servers simultaneously, a configuration system, and out-of-the-box cashing, decoding, authentification, static content processing, and more.

The fastest Python 3 platform, Hug makes API development succinct by offering a variety of interfaces. Hug encompasses support for automatic documentation, annotation-based validation integrated version control, and can be used as a library in other Python applications. The Hug environment assumes little integration and coding while remaining functional and highly performing. The community is expanding, so you will get all the needed support. 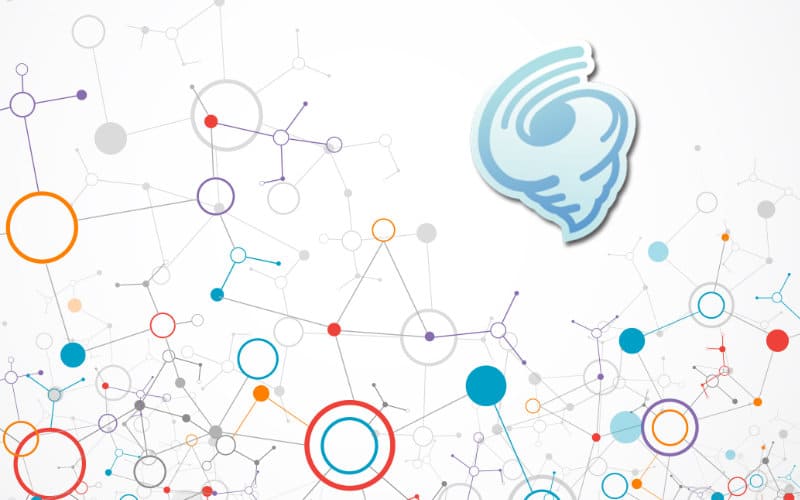 Tornado is a Python web framework and an asynchronous library that can handle numerous associations at once. It can scale up to tens of thousands of open connections, making it an ideal solution for long polling, WebSockets and other applications that require a long-term connection with the user and large amounts of traffic.

Tornado supports a wide range of baseline functionality, including user authentication and authorization, a Python-based template engine, and internationalization and localization tools. At the same time, it is a highly performing solution. If you are starting a project with high-performance requirements but want to get a wide range of baseline functionality, then the Tornado framework is a great choice.

Our list is far from being exhaustive. When it comes to Python, there are lots of options to choose from as each comes with unique peculiarities. Basing on our experience, developers skilled in Python are a great complement to web development and data science teams. We can augment your team with Python talent based in Ukraine, in a similar way we did for 4D Healthware, Nutrition Factors, Sales Fusion, Fetch, and FRST. Let's connect? 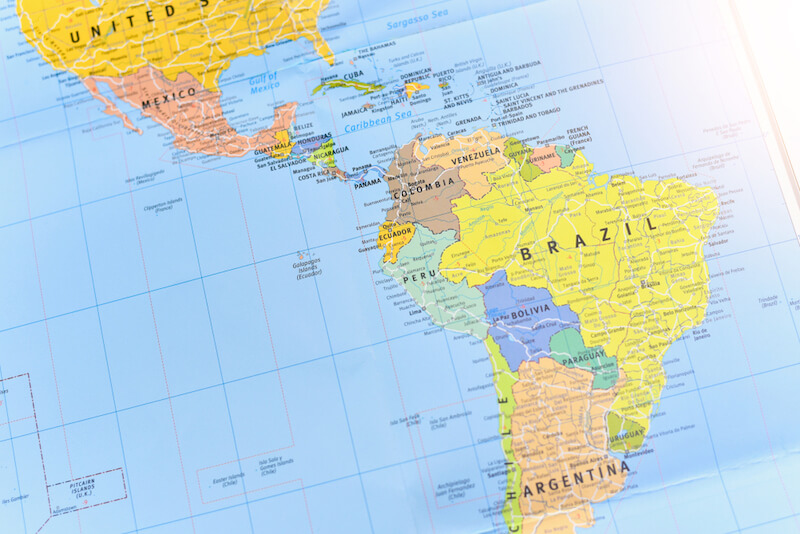 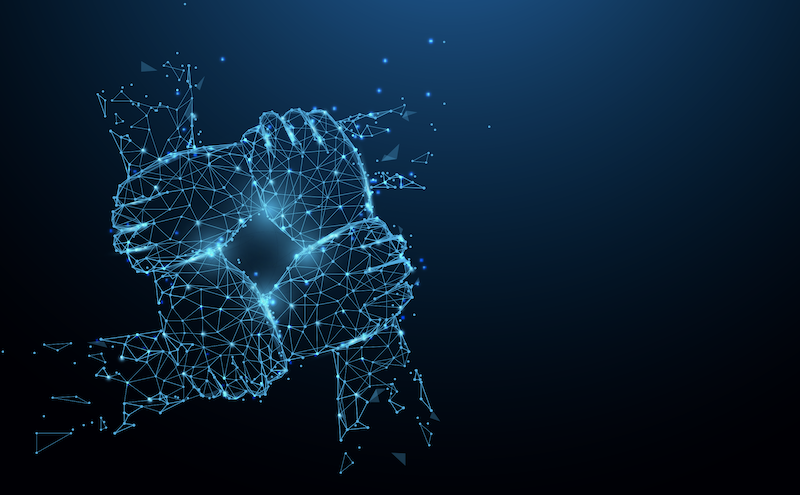 Building Virtual Teams
Offshore Development Center vs. In-House Team: Which one is Best for You?
MARYNA DEMCHENKO 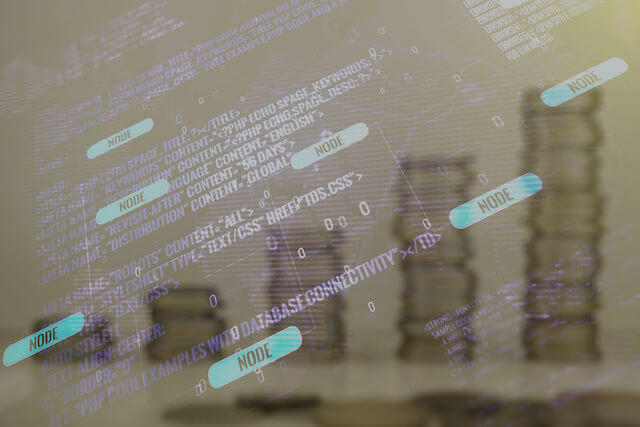