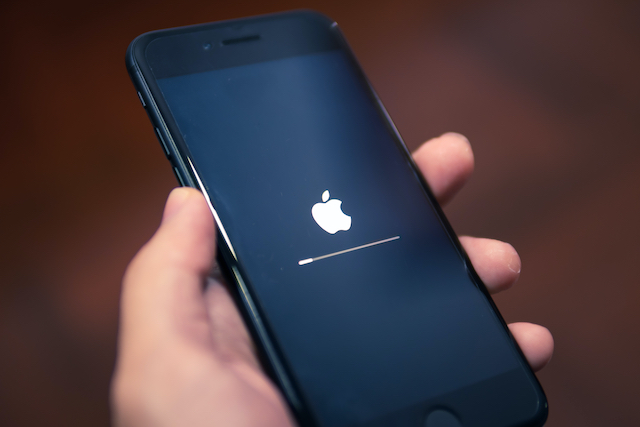 Swift is a relatively new language introduced by Apple in 2014. This year, it has made the list of 10 most popular programming languages.

The Swift coding language was designed for iOS, the second (after ubiquitous Android) most popular mobile platform. Despite being a runner-up to Android with a considerably smaller portion of the market share, iOS still delights many people who use it for work and life.

Choosing the right stack for your product is the most important decision you will make as a technology leader. When it comes to mobile development, it's usually down to native and cross-platform development. And if you decide to go with native iOS development, you know that it boils down to Swift and Objective-C.

What is Swift programming language?

Let's define Swift. It's is a robust programming language from Apple used to create apps for iOS, Mac, Apple TV, and Apple Watch.

Swift saw the light of day back in 2014. It made history by becoming the fastest-growing programming language. Introducing Swift, Craig Federighi said that they intended to create a simple, open-source so developers worldwide could contribute to it and make it available on new platforms - from mobile to cloud.

He started developing Swift in 2010 as a pet project and kept it secret.

After a year and a half, he told Apple's top managers about the project, and they were impressed by it. They gathered a team to help Lattner develop the language. Another year and a half later, Lattner's project became one of Apple's main directions, and team expansion ensued.

In June 2014, the company rolled out a beta version, positioning the language as a faster and more efficient way to create programs for the iPhone, iPad, and Mac.

While Swift attracted a large number of critics in the early days, many developers appreciated its features. Each new release brought significant improvements, and fast-forward to our days - it has won the hearts of many developers.

In 2015, Swift became an open-source language with a new Linux port available.

The latest version, Swift 5.3 was released in September 2020. This release ushered in the expansion of the Swift ecosystem. The Swift team also focused on optimizing runtime performance, memory optimizations, and cutting the heap memory utilization.

Swift and its benefits

Simplicity is one of the biggest of Swift's strengths. It removes unnecessary complex syntax out of the development process, which directly impacts development speed.

Swift is an understandable language that lets you concisely write clean code. That is why Swift has the upper hand over its predecessor, Objective-C. Swift allows doing the same, but with fewer lines of code.

Swift is young, and thus welcomes new features. The language is designed and supported by one of the most influential companies, so it will receive all the needed support for years to come.

Another factor is that Swift is super friendly to new Apple developers and offers a simple onboarding process. Many companies see it as a huge benefit since it cuts the onboarding and training time.

As the name assumes, the Swift language really is swift. For one, it reduces development time for building apps. But most importantly, Swift runs faster than Objective-C. It lets developers identify and resolve bugs quickly and its coding and typing system prevents crashes. Additionally, Swift promises to become more "swift" in the future, as it happens with many young languages.

Swift offers an easy way to manage an app's memory. It helps protect the app from memory leak due to automatic referencing counting. Using this function, Swift identifies which instances aren't required. ARC cuts them off, helping boost performance, without affecting the memory.

Swift goes beyond iOS. It is compatible with all the Apple ecosystem, including macOS, tvOS, watchOS. More importantly, server-side Swift integrates with most of the server technologies. When you use a single language to program the frontend and backend, you save time on the app's development. You need fewer hands to develop an app, and thanks to code reuse - save the developer's time through code sharing.

Swift has a vibrant community (ranking second in popularity on GitHub) and benefits from corporate support. Supported by behemoths like Apple and IBM, Swift shows fast growth and is likely to have a promising future.

Swift is pro experiment. With the latest Xcode, you can play with code in a convenient editor where code can be compiled and executed at once. No need to wait - write code and see results instantaneously.

Swift and its shortcomings

Despite its popularity, Swift has several downsides. That is why many developers feel hesitant about including it into their stacks. Here are some reasons why Swift isn't always the right solution.

Swift is a relatively new language

Swift is much younger than Objective-C that has been around since the 80s. In light of the newest versions, we can see how the language matures - the release of ABI Stability, Binary Compatibility, and SwiftUI are major steps. On the other hand, using Swift means being tethered to native libraries and tools, which limits developers' possibilities.

Swift is a fast-growing language, but the developer talent pool can be sparse as compared to C/C++, JavaScript, and Python. As such, finding seasoned Swift developers can be problematic.

It can be difficult to find tools that fit the purpose due to regular updates of the language. Using external tools and IDEs can also be problematic since Swift poorly integrates with them. The official Apple IDE isn't always helping in view of frequent issues report from Swift developers. The company is more focused on the convenience of navigation and interface than on language support.

It's only for newer iOS versions

You can only use Swift in the apps that target iOS7 and later. That said, Swift can't be used for legacy projects running on older versions of the operating system.

With Swift, you can only develop native applications. Many developers still hope it will change, but the cross-platform efforts are limited to React Native, Xamarin, or Flutter.

Objective-C is the primary programming language you use when writing software for OS X and iOS.

The team behind Objective-C releases fewer updates these days. Most of them aim to achieve compatibility with Swift. Both languages are compatible with each other and can be used in the same project.

Objective-C is old but not obsolete. It has a significant code base, libraries, and tools, supporting a vast number of apps. Rewriting them in Swift hardly makes any sense. This is where Objective-C has the upper hand over Swift, which is still too new a technology to push Objective-C to the backseat.

On the other hand, there is a matter of up-to-dateness. Older technologies like Objective-C often lack recent tools. We can see that Swift is at the center of Apple's attention, having regular updates, and roadmaps for development. It's also comparatively simple to learn Swift, so the language attracts new developer talent. All in all, Swift offers a simple, developer-friendly way to code as compared to Objective-C.

Swift is a young language that already supports big names like LinkedIn, Twitter, Lyft, and many more. Each release ushers in significant language improvements, and the open-source community continues to grow. Soon enough, it can potentially replace its formidable opponent - Objective-C as a go-to language for iOS development.

If you desire to use Swift for your project, you might find it problematic to find iOS talent to build your product. Our engineering teams from NCube developed iOS products for Encore, doTerra, Life360, Salido. Whether you need to enhance your existing product or build a new one from the ground up, contact us. We will help you build your iOS team in Ukraine.