Pros and Cons of .NET Framework 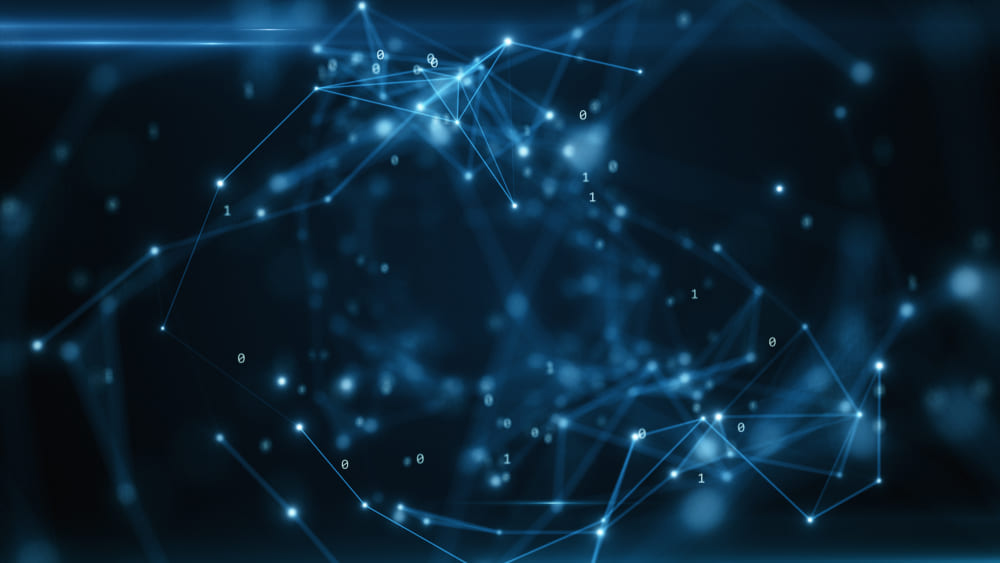 One of the most popular software development frameworks in the market, the .NET Framework props up many of the applications that we know of today. It is used widely by developers due to how prolific it is and how large the ecosystem has become. The fact that it is open-source is also why we have noticed that it is quite popular, particularly among developers with large projects meant for a slew of different platforms.

The biggest beneficiaries of the .NET Framework are businesses that are in need of a lot of features that are meant to address a number of required services. These services would then extend towards multiple ecosystems that are under the framework’s umbrella. Not everything integrates smoothly, but those that do are easy to work with and do not present too much of a challenge to get used to.

What is .NET Framework

What is .NET Framwork? .NET Framework, .NET Platform, or just .NET all refer to the software development tool that Microsoft created for its own ecosystem of products and services. It was meant to be the standard that other developers would use to create software programs that will be compatible with what the tech giant was selling.

These days, the ecosystem that encompasses the .NET development family of platforms is huge. It has also evolved from its previous state to become an open-source service that other developers can make use of. This was not always the case, but Microsoft made a wise decision in the end.

As for what is .NET framework used for and supposed to be, it is a family of frameworks and software development tools that allow for the creation of a wide variety of features and services. It comes with a ton of application models and the versatility of this framework has only gotten better ever since it was launched.

Although there are other frameworks that are part of the open-source community, many prefer to use .NET because of the benefits that it offers. There will be more on that later. For now, it’s worth keeping in mind that anyone who is looking to start creating their own software tools might want to take a look at what this Microsoft product is all about first.

On that note, this does not mean that .NET Microsoft framework is perfect. There are also a ton of disadvantages that come with this software development framework that is worth keeping in mind. 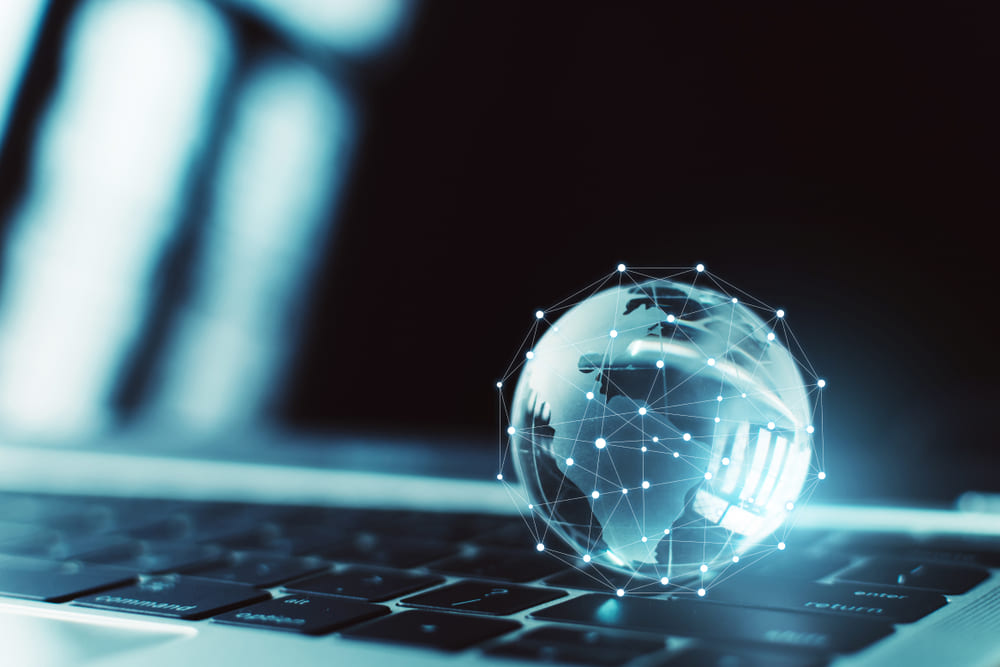 The development of the dot net Framework began nearly two decades ago in the mid-90s with the premise being very different from what it is now. The idea was built around the concept of a code that is named “managed code.” It was supposed to be the kind of code that developers would be able to execute while it is under a runtime environment.

This was necessary because of how previous coding processes and platforms were inefficient in providing more flexible and secure experiences. By building the .NET Framework, those issues are addressed, along with active memory management. It also dealt with more minor problems involved when working with C and C++.

In any case, the launch of .NET Framework occurred in 2002 where the C# programming language was introduced. It was similar in how the C++ programming language functioned, which made it familiar enough to developers that transition would be easier while still providing extra goodies. What gave C# that extra edge was that it was aimed more specifically toward the Microsoft Windows ecosystem.

Among the things that it offered were the GUI desktop applications library WinForm, the web framework ASP.NET, and the data access feature ADO.NET. The whole operation was reliant on Common Language Runtime (CLR), as well, since it was what allowed the compilation and the execution of the managed code.

Of course, those functions would not work as well as they are if the .NET framework class library (FCL) was not included. A big part of the FCL is the base class library (BCL), along with others that included a network library, as well as a numeric library. This was for the first version of the .NET Framework, though.

In the decade following its launch, the .NET Framework was a closed-loop ecosystem where restrictions were in place as to how it is used and what it is used for. This meant that there were limitations as to what developers could do with it, particularly when considering the greater development industry that does not necessarily involve Microsoft’s products and platforms.

Concerns regarding adaptability and ease of use came up, particularly with developers that were working with different operating systems and libraries. Fortunately, this changed in 2014 when Microsoft made several key announcements and changes with regard to its .NET Framework.

The first thing that made waves from this announcement was that the .NET Framework would now be cross-platform. This meant that developers could now use the tool for creating applications across different OS and platforms. The second bit of good news was that it became open-source, which meant that developers became free to essentially mess around with the base code.

This solved many problems for developers who did not want to have to familiarize themselves with two sets of terms that would have meant more work. By making .NET Framework open-source, they essentially made working with it easier, more efficient, and less time-consuming.

In 2016, the mobile development, cross-platform proprietary technology Xamarin was also acquired by Microsoft. The tech giant then proceeded to incorporate it into the greater .NET Framework and made it open-source, as well. This expanded the ecosystem of the platform, thus making it even more adaptable.

The company slowly began rolling out other platforms to become open-source. In 2018, this included Windows Presentation Foundation (WPF) and Windows Forms, and WinUI frameworks. In 2019, Microsoft decided to unify the tools under one bundle, which is called the .NET 5 development platform. This bundle essentially allows developers to create applications for all of the major OS platforms with the latest .NET Framework.

There are many aspects of the greater .NET programming platform that are worth noting. They include the .NET Framework, .NET Core, and Xamarin, each of which comes with its own sub-ecosystem.

However, with regard to just the .NET Framework ecosystem itself, there are three application models that are worth keeping in mind:

WPF - Essentially a user interface tool for creating interactive applications under the .NET umbrella, the WPF is great for creating applications of any kind. On that note, it is primarily meant for Windows OS and desktop applications, at that. However, this does not mean that it cannot be used for anything else.

Windows Forms - Great for creating applications that sport impressive graphics that can be easily updated, maintained, and deployed, Windows Forms is the .NET Framework GUI library. As with the WPF, this is primarily meant for desktop work and is not necessarily compatible with other platforms.

ASP.NET Forms - What is ASP? A more versatile tool compared to the previous two mentioned, ASP.NET is meant for web applications that are flexible, secure, and endlessly creative. What makes it work is the Common Language Runtime (CLR), which is perfect for running codes that are written in different programming languages under the .NET umbrella. It is responsible for such aspects as memory, security, code safety, and more. It is a neat option for creating web applications.

Then there is the Base Class Library, which is the Framework Class Library (FCL) core for the .NET Framework. It’s what provides the common functionalities of the framework and is closely in tandem with the Common Language Runtime (CLR). It does help to know what is asp net and how it works to make the most of it.

Pros and Cons of .NET Development 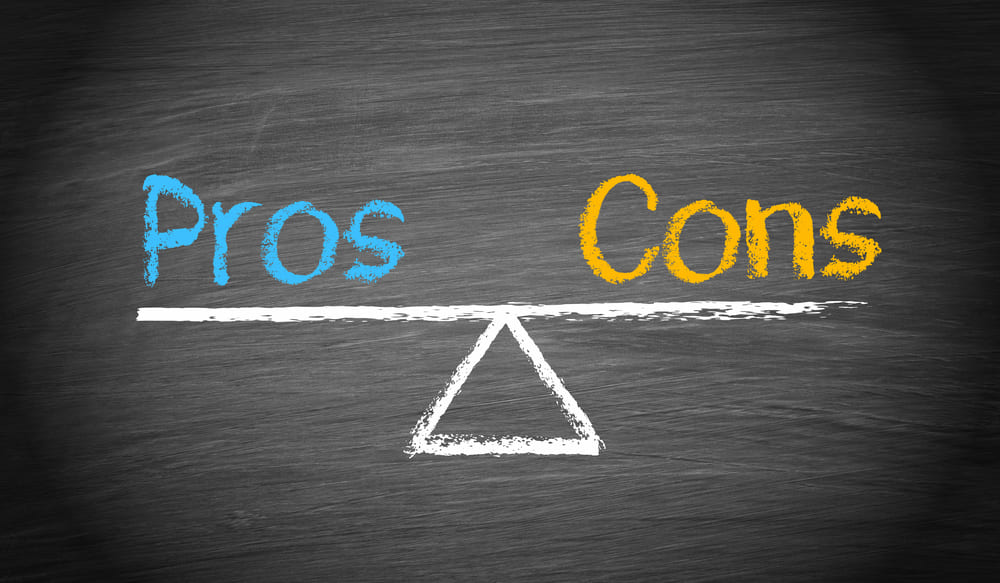 There are many reasons why the .NET Framework and the .NET family, as a whole, is used by so many developers. However, it also comes with quite a few setbacks worth keeping in mind. You can refer to the pros and cons listed below to learn more about them.

One of the best things about .NET is that it is based on object-oriented programming (OOP). This is where the software is divided into smaller chunks, which then allows developers to work on them one at a time. Once the work on one part is done, they can move on to the next. When all the smaller pieces are complete, they can then be combined and managed more effectively.

The simplicity of the caching system of .NET makes it reliable and easy to come temporarily store data. What’s more, it allows for the cache implementation to be customized, so developers can improve performance and scale as needed.

.NET comes with the Visual Studio Integrated Development Environment (IDE). This tool allows developers to create applications without much fuss, as well as debug and publish them across multiple platforms and OS.

Although it was not when it was first launched, .NET has since become a cross-platform implementation that can be used to develop applications on multiple OS. For developers who prefer different programming languages, having them work will not be an issue. It is also open-source, which means that developers can tinker with it as much as they want.

The deployment of applications and their maintenance could not be done easier with the help of the .NET family of development tools. Thanks to its modular design, developers can literally take apart applications and then fix the ones that need fixing or updated and then put them back together. There is no need to wade through oceans of scripts just to find that one line that is making everything go haywire.

Thanks to the .NET Standard that was introduced back in 2016, developing applications using the .NET family means not having to redevelop the same applications for each new platform. This is thanks to the huge class library that is composed of practically of the functions that developers could ask for. This helps in such projects that require rendering graphics and interacting with databases. Manipulating XML documents has become a lot easier, as well.

The .NET has managed to build a huge community ever since it was launched, but it was not until it was made open-source by Microsoft that it really exploded. Thanks to the sheer ubiquity of the company’s products and services, the development framework already had a huge influence. Now, it’s even bigger.

One of the worst things that can happen during the coding process is when something goes wrong and you don’t even notice or notice too late. Thanks to the automatic monitoring feature of ASP.NET, you will be notified if something like an infinite loop pops. The same goes for memory leaks or a bunch of other issues.

What makes the object-relational programming (OOP) of .NET is something called the Entity Framework. There have been concerns regarding the flexibility of this framework with regard to new database designs in that it may not support the emerging ones.

It’s an unfortunate fact that since the .NET bundle is under Microsoft, any changes or limitations that the company might impose will inevitably impact projects done under the framework. This means that developers will have less control

Many aspects of the .NET family will cost money in terms of licensing fees and they can stack up. The more demanding the project, the more expensive it can get. For example, Visual Studio can cost a whopping $539.00 for one year.

Finally, whenever the company decides to launch new features or make new updates, documents and support can be lacking. This can jeopardize the stability of development projects.

While .NET Framework does have its issues, our conclusion is that it has plenty to offer developers hoping to create cross-platform applications. Knowing what is the difference between .net and .net core will definitely make using this system more fruitful. Coordinating Expertise in .NET Development Teams.