Microservices vs. Monolithic: Which Architecture Suits Best for Your Project? 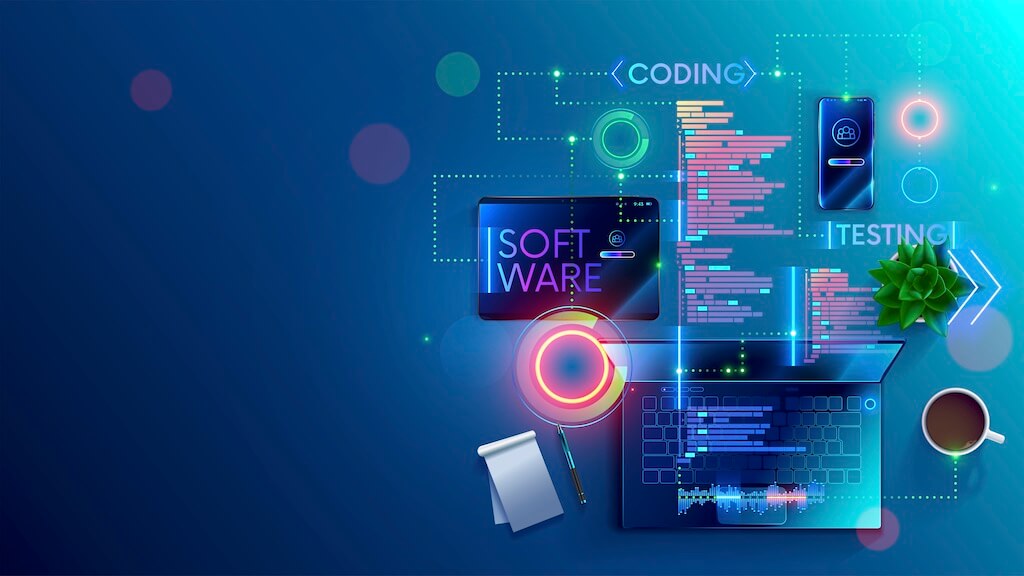 How to organize code is the first thing that comes to mind when creating a new product. In this context, you’ve probably heard of the monolithic vs. microservice architecture debate. While monolith apps have been around for a long time, microservices are considered to be a relatively novel way of designing a software system. In fact, a whole range of technologies appeared within the philosophy of DevOps that brought us the ability to build scalable, distributed solutions based on microservices. In this article, we will look closely at these two approaches so you can pick out one that is right for your needs.

What is a monolithic architecture?

It's a traditional approach to software development in which the entire system function is based on a single application as a single, autonomous unit. A helpful analogy here would be a large block of stone (a.k.a monolith). In software development, this single block would stand for a single platform.

In a monolithic app, all functions are managed and served in one place. Of course, an app has its inner structure consisting of a database, client-side interface, business logic, but it still remains an indivisible unit. Its components don’t require API to communicate.

What is a microservice software architecture?

In a microservice architecture, business logic is broken down into lightweight, single-purpose self-sufficient services. As such, the infrastructure is akin to collection modules. Each service within this type of architecture is responsible for a specific business goal. In essence, the microservice architecture looks like a Lego construction, which can be decomposed into a number of modules. The interaction between the components of the system ensured by means of API. 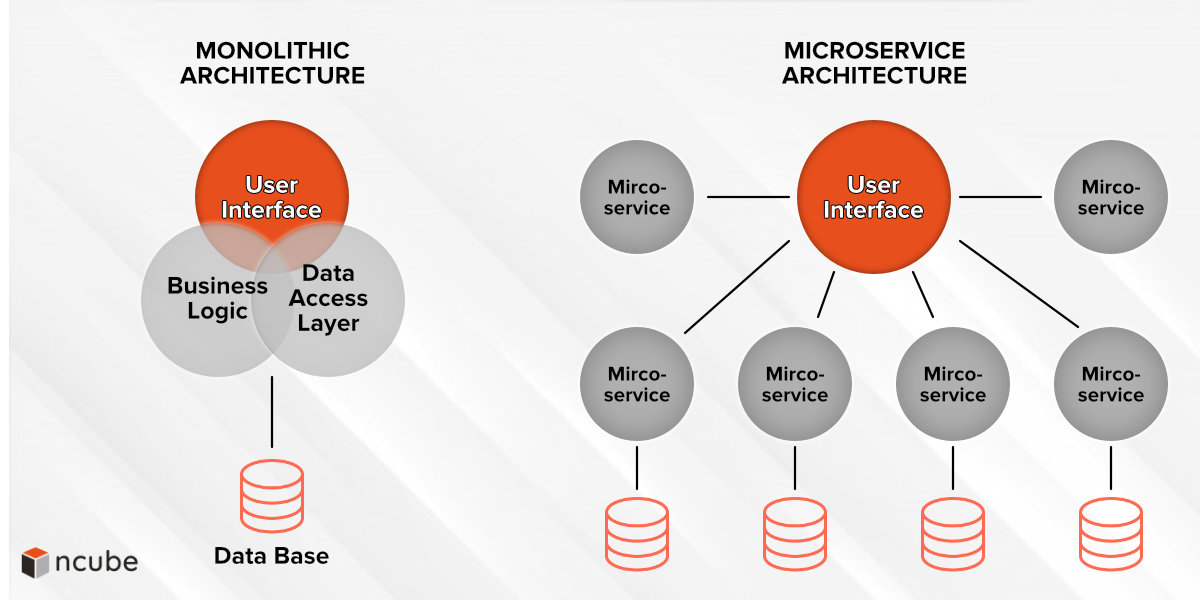 When to go with a monolithic architecture?

In some cases, a monolithic approach is a time-tested strategy:

When to go with microservices?

Plenty of companies switched to the microservice architecture after their customer demand increased significantly. Among them are Amazon, PayPal, Spotify, and many more.

When the tradeoff boils down to these types of architecture, consider your organizational structure. If you have several teams that will work on one product, microservices would be a good fit.  On the other hand, the team of three developers is better suited for monolithic architecture.

Other important factors are the agility and complexity of the project. A fast-paced project with complex business logic fits in well with the microservice concept.