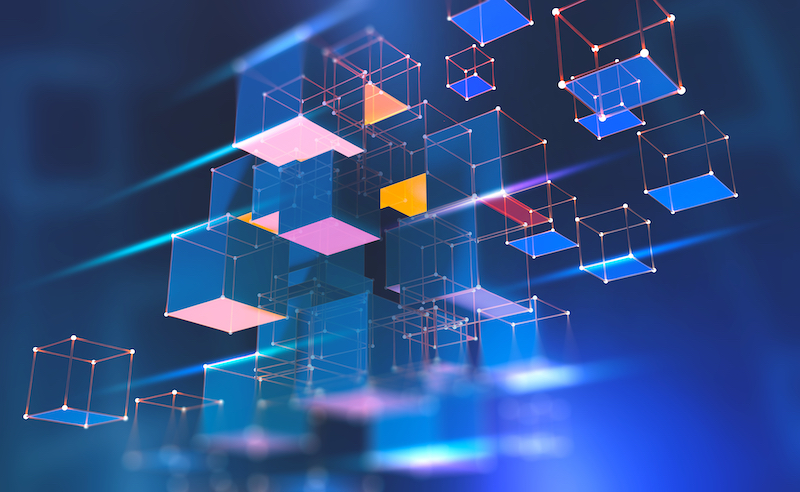 As a company that provides Blockchain development teams (among other types of teams), we’ve recently come across an increasing number of requests for Blockchain software development, which ultimately inspired us to interview specialists we have working in this field and share the insight we gained from their answers.

Although this technology is in its early days, Blockchain software development has become increasingly popular, resulting in the rise of Blockchain technology companies and startups. In this post, we attempt to get a firm grasp on several questions related to Blockchain development.

For this we have enlisted the aid of Richard James, CCO at Decentr, and Roman K currently working as a Blockchain engineer/RUST specialist.

Decentr is a Blockchain development company that helps users safeguard their data and protect it from prying eyes. Located in the UK, Richard considers Blockchain outsourcing in Ukraine.

Roman K works with CMT Group projects (through nCube as a team vendor), a company that develops a platform for predictive analytics.

The Blockchain development experts have shared their opinion on the following questions:

What makes Blockchain so secure?

A Blockchain is essentially a series of blocks that record data in hash functions with timestamps. This makes it very difficult to change or tamper with data. As data cannot be overwritten, the ability to manipulate data is not only extremely impractical but also very difficult to achieve, making data secured on the Blockchain immutable and anonymous. In this way, Blockchain is a purely decentralised network that eliminates centralised points of data attack that cybercriminals routinely target. Blockchain is currently used largely for financial transactions, but the technology shows a great deal more potential. Companies like Decentr are seeking to capitalise on this potential in areas including communications, publishing, advertising, consumer finance etc — anywhere that secure data is of benefit (and with mandatory GDPR/HIPAA compliance, that is everywhere!).

In your opinion, what are the most exciting companies/projects on a global scale that use Blockchain?

The truth is, in over a decade, Blockchain has not fulfilled its promise as foundational Web3 technology; let alone Web4 — and there is no real sign of it doing so with current solutions. In our view, tech companies must aggregate these failings against the potential Blockchain holds in order to achieve cross-chain integration success. This can be achieved by striving to ameliorate the inherent weaknesses of current Blockchain applications in order to build on Blockchain’s strengths with a view to delivering cross-chain solutions to create a foundational next-gen internet.   Seen from this perspective, the most influential Blockchain applications are those we have partnered with: Ocean Protocol is a key example as it is a Blockchain-based ecosystem that allows individuals and businesses to easily unlock the value of their data and monetise it through the use of ERC-20 based datatokens. Considering that Decentr is able to deliver far more granular and detailed datasets on behalf of users than any other chain, this company, in conjunction with our cross-chain applications, is setting the future standards for the type of Web3 Blockchain applications the public wants and Web4 business needs.

Why is NFT so popular right now? Do you think that the trend will become the new norm?

NFTs are currently popular as they are able to securely value, purchase and exchange digital art by using a digital ledger. NFTs had their beginnings in online gaming, later with Nike's patenting of its authenticity (CryptoKicks) and then by the famous Christie's auction embracing NFT valuation of a digital art piece. In our view, NFTs are a fad that expresses the public desire to be able to digitise further aspects of their lives, in this case art, and NFTs will therefore be redundant when a Blockchain comes along that can make fungible all user data, including art. This is the Blockchain Decentr is building: our Blockchain makes all user data a fungible currency that is accessible to the user – and to no one else except the user — making it uniquely exploitable by users as economic value.

Can Blockchain lead to a better world? If so, in what way?

The promise Blockchain holds for the world, when correctly applied,  is to create a true equality of purpose and spirit as defined by immutable and secure user data, which cannot be manipulated, used or abused by third-party actors or agendas for centralised control over individuals and society. This level of security and autonomy, as expressed on the Decentr Blockchain as foundational Web3 technology, means that user data on Decentr becomes a fungible currency, more stable than the dollar of the pound, due to the fact this currency is based on data-as-value and not collective delusion, which is what fiat is currently based on. When this paradigm is realised, the Decentr Blockchain will deliver a user-centric internet and economy, controlled by the individual at the level of every individual, creating true economic and communications autonomy for every connected user.

What makes Blockchain so secure?

Blockchains heavily rely on cryptography. One-way hashing allows individuals to submit transactions to the Blockchain without exposing their passwords or private keys.

Another aspect of Blockchain’s security is immutability. Once a record of the transaction has been written to the chain, it is irreversible and will be stored there forever. And probably the most important security mechanism, which is built into Blockchains by design, is decentralization. This means that anyone in the world can run validator/mining nodes, which confirm new transactions to the chain. This prevents a single government or business entity from imposing censorship on particular users or transactions.

In your opinion, what are the most exciting companies/projects on a global scale that use Blockchain?

Why is NFT so popular right now? Do you think that the trend will become the new norm?

Due to the nature of decentralized markets, NFTs have become a way for less known creators to capitalize on their work removing broker and distribution fees from the equation. One can draw a parallel with crowdfunding tools, where individuals all across the world can support the cause, inject capital into projects regardless of project’s location. Same with NFTs, individuals can support creators around the globe by buying their artwork, music, etc.

The main problem with NFTs arises when individuals start treating them as investing instruments rather than collector’s items. Similar to fine wine and high-end art markets, NFT markets are mostly illiquid. Meaning that, if an individual decides to realize gains on NFT speculation, it will take some time to match his ask with a buyer keeping his investment capital locked in.

NFTs are definitely here to stay. The most important obstacle for them to overcome is to decouple from cryptocurrency prices and speculation. As soon as that happens, NFTs will be able to find new applications in our day-to-day lives.

Can Blockchain lead to a better world? If so, in what way?

Blockchain has created many facilitations already by providing a way to exchange data in a fast and secure fashion. But to answer this question, one should answer whether it is a good idea to shift governing power from institutions to individuals. Let’s take the financial system as an example. Blockchain has created a separate economy where the issuance of the assets is not controlled by any central entity. The low barrier entrance allows literally anyone to be a part of this ecosystem. This is great for citizens of the countries where the economy is undergoing scrutiny. With Blockchain, they get an opportunity to store the financial value of their holdings and avoid the ongoing crisis. However, the removal of censorship in Blockchain also allows bad actors to use this system for their own purposes, which sometimes can involve real-world crimes.

So, in general, the Blockchain can lead to a better world where many of our day-to-day activities will become more secure and decentralized, but there is still a long road ahead to properly integrate it.

Where do you stand on Blockchain development? If it is one of your priorities, we at nCube can step in and build the right kind of team to implement Blockchain technology for you. Our model includes direct access to your Blockchain developers, so they will be an extension of your company, working for you full-time 40 hours per week. Let’s connect. 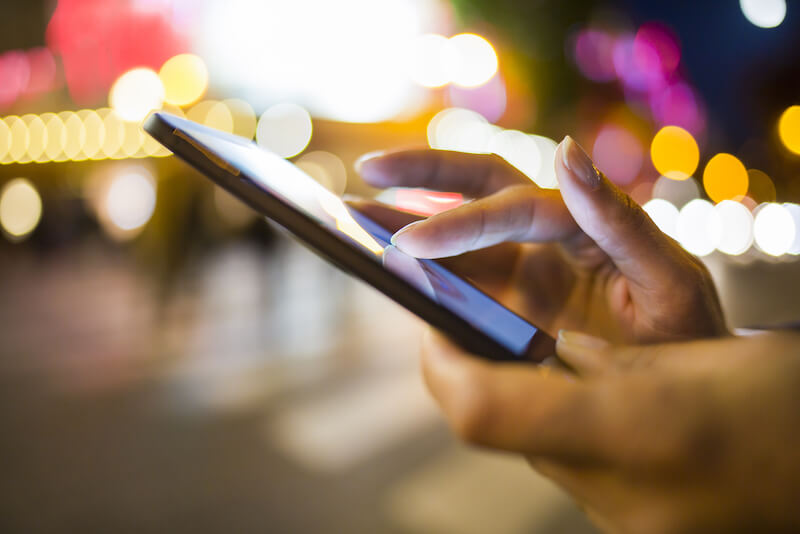 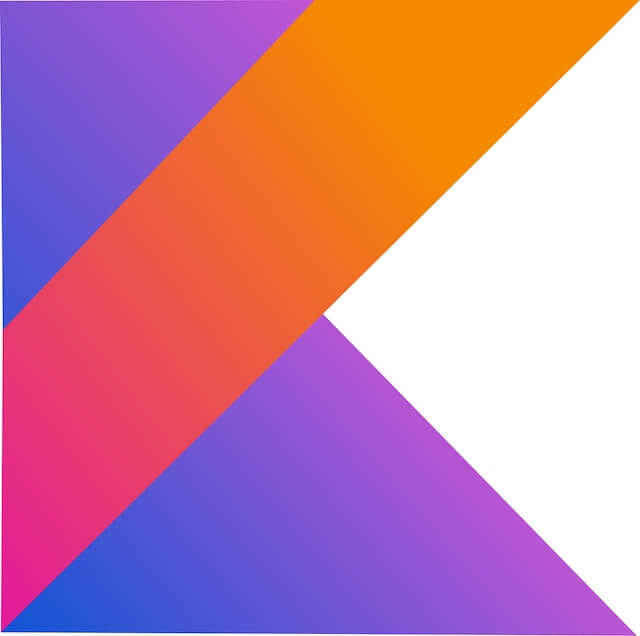