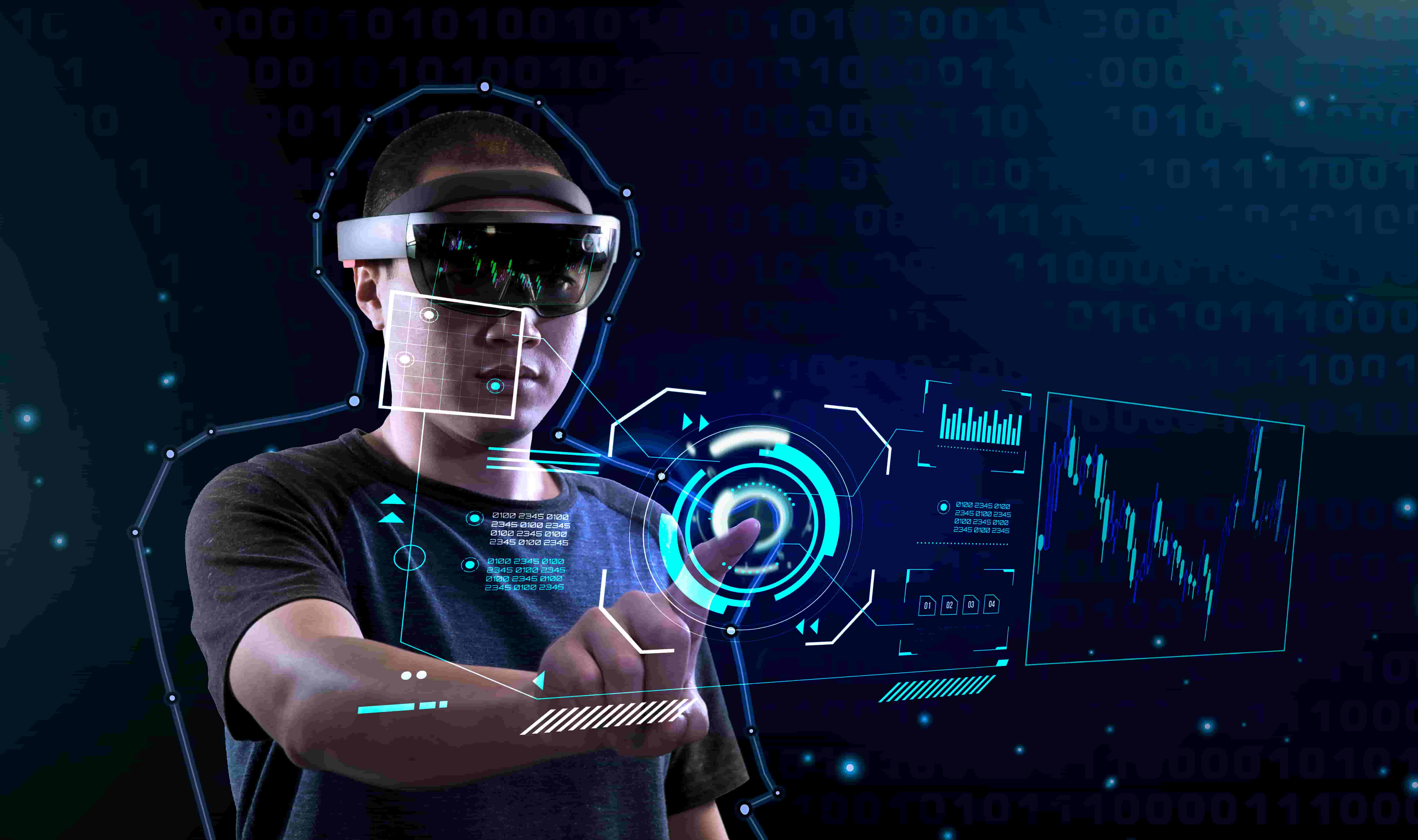 Even if you have never put on a headset and found yourself on another planet (Virtual Reality) or chased down a rare Pokémon with your smartphone in hands (Augmented Reality), you may have heard of these technologies by now. This article answers the question “What is the difference between virtual reality and augmented reality?”

Digitally rich experience is at the heart of both technologies. With the help of AR, we can see digital elements integrated into the real world, whereas VR imitates the real world by adding virtual objects into a digitized simulation.

What is augmented reality?

Augmented Reality is the real world supplemented with layers of computer-generated objects such as images, videos, and interactive data. Those who saw the Iron Man movie might have noticed the graphic visuals reflected on the character's helmet screen. This is basically how AR works – digital content is blended into its relevant place in a user's view, whether they look at it through glasses or a smartphone screen. As a user turns around, the elements move along, and in some forms of AR one can interact with them.

Technology giants like Google, Microsoft, Sony spearhead the AR technology field, and all of them came up with their AR eyewear products: 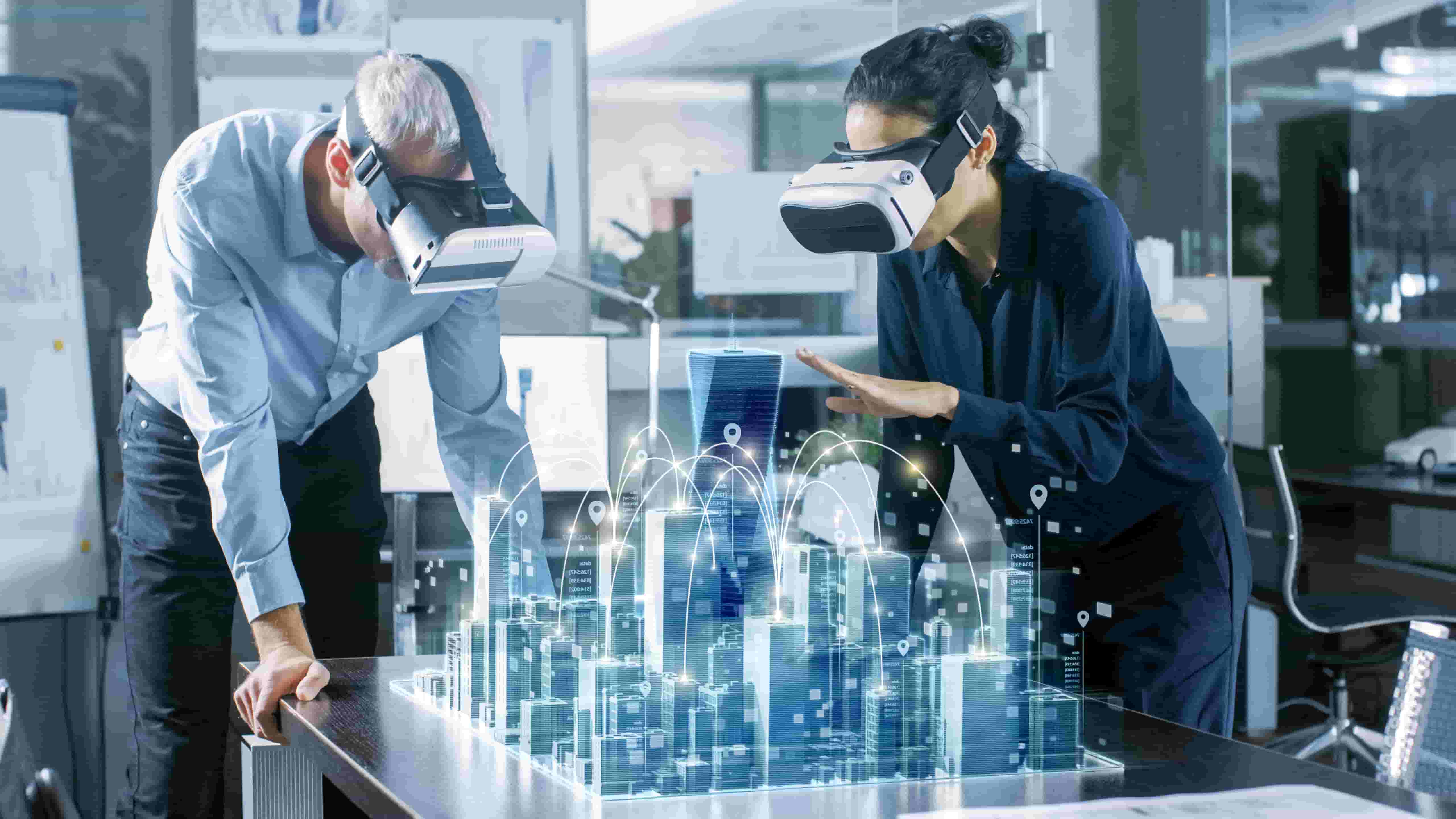 IKEA Place and Google Translate are two examples of useful AR applications. Both of them are free apps which let us peek at the ways AR will be used in the future.

What is virtual reality?

Virtual means something not real. It’s a highly-detailed simulation of the real world that is completely isolated from a physical environment. VR is so exciting because it creates a strong feeling of a physical presence in the real-world or fictional scenes. It’s typically associated with gaming and entertainment.

VR looks...realistic. It surrounds users with a 360 degree view and stimulates your vision, so the brain perceives everything you see as real. In the most advanced form of VR, you can step inside and move through places, touch and manipulate things, and be like in the future! The VR gear can be complemented with a sensory mask that stimulates smells, so users have a chance to experience the deepest levels of immersion and feel what could be described as “the real virtual reality.”

There is a wide variety of headsets to immerse you inside virtual worlds, from top-rated to tethered to your smartphone ones.

If you are interested in Technology Tools Trends and Resources for 2019, we recommend visiting  https://ncube.com/blog/web-development-tools-and-resources.

AR vs VR: similarities and differences

Both AR and VR are here for creating virtual content. Defined as both useful and engaging, they are becoming extremely relevant in industries like entertainment, marketing, real estate, design and more. They come in handy in new technology in healthcare where nurses and doctors can rely on them for training and surgery assistance purposes.

Both technologies allow students to consume edifying content and study with more enthusiasm. Immersive experiences like VR make it possible to visit any place on Earth and beyond, as well as conduct lab experiments and perform technical tasks safely and without manuals at hand.

Purpose. AR technology mainly focuses on enhancing our daily experiences. For example, your driving experience can be enhanced with visual aid applications. Imagine it, with the help of AR tools, your windshield can turn into a head-up display, where you can see your location or current speed without looking away from the road. You can translate writings in other languages into your native one and get additional information, just by aiming your iPhone toward objects.

Immersion level. In Virtual Reality, the users are completely isolated from the real world. VR is a detailed simulation that is not related to the real world. Augmented reality isn’t about isolation, it’s rather about enhancing the physical world.

Alongside augmented and virtual reality, there is also mixed reality (MR), a nascent but promising technology from Microsoft. The question is: How is it different from the two mentioned technologies? Mixed reality is a way to combine the virtual world with the real world.

The best way to describe mixed reality is as an environment where digital objects can be integrated into the physical environment. Basically, mixed reality takes what’s already there (AR and VR) brings it to our workplaces and homes with the aim to improve our daily experiences. To be immersed in mixed reality, you need to get a special headset.

What are the real-life applications of mixed reality? MR is well-suited for both entertainment and work environments. Let’s take collaboration between remote teams as an example. Lots of companies operate in a remote environment, and sometimes it’s required to travel to take part in meetings or training. Thanks to mixed reality, you can be miles away from the rest of your team but feel like in the same room working together using shared screens and holograms. Additionally, mixed reality comes in handy when you need to repair something. The guidelines are superimposed into the view of the wearer and over the actual machinery, showing the repair instructions.

Mixed reality is also well-suited for entertainment. Games can become more realistic by incorporating objects near you like walls and surfaces. This kind of experience cannot be achieved by augmented reality.

What’s next for virtual and augmented reality?

Gaming and entertainment lead the demand for immersive gear. There is no doubt that we are in for lots of exciting immersive experiences in the future. Yet AR and VR make waves in other industries and will soon add a lot of flavor to our daily experiences. To back up this point, here are some of the most recent news.

AR and VR in wayfinding

Augmented reality can now guide you through any indoor public space, akin to Google Maps that helps us navigate in the city. Indoor navigation comes in handy to find the way in airports, malls, hospitals, and office buildings. Imagine, no more missed flights because of confusion over terminals or gate numbers. Case in point: Gatwick Airport introduced the AR indoor navigation throughout the airport. With the AR app, passengers can see real-time flight and gate information, security and check-in queue time.

Navigation in hospitals is another application of augmented reality indoor. Hospitals already spend lots of money on digitized signs and other ways to streamline wayfinding for visitors and patients. Augmented and virtual reality can go a long way to solve the problem of getting lost in hospital buildings and campuses, which will lead to an increased rating of a hospital.

VR fitness is a part of the immersive reality trend, which leverages sounds, visual effects to immerse athletes into different simulations. How virtual reality can help us work out better? It is believed that the biggest roadblock on the way to succeed in sports is not the physical ability, but the will power. Using VR during workouts will keep you focused on other stimuli, helping you not to concentrate on pain and tiredness. VR is also used in yoga classes to achieve deeper levels of relaxation through colors, sounds, and vibration.

Shared real-time experiences are increasingly becoming mainstream in the enterprise setting. Virtual spaces where participants can see and interact with each other can be used for training, working on prototypes, and selling products and services. Users can work together on projects using the information overlaid atop real objects.

An example of it can be automotive giants, including Audi, BMW, and Porsche that are using VR to design and manufacture their cars. This technology has an application in sales and marketing: prospective buyers can step inside and drive the car even before it is built.

Lyft intends to implement AR to project riders’ locations to make it easier for passengers to find them. The functionality includes collection of data about passenger pick-up and drop-off to help the driver find better parking spots, as well as graphical indicators that aid a passenger in finding their way to the car. With AR, the company hopes to cut the car downtime, improve user experience, which should be reflected in the financial profit. Lyft relies on gear like HoloLens, Google Glass and Magic Leap for AR implementation.

All in all, it’s preferred to experience these technologies in order to embrace their essence. To that end, here are some AR and VR apps for iOS and Android for you to try out: