Fall in Love With Outsourcing to Ukraine 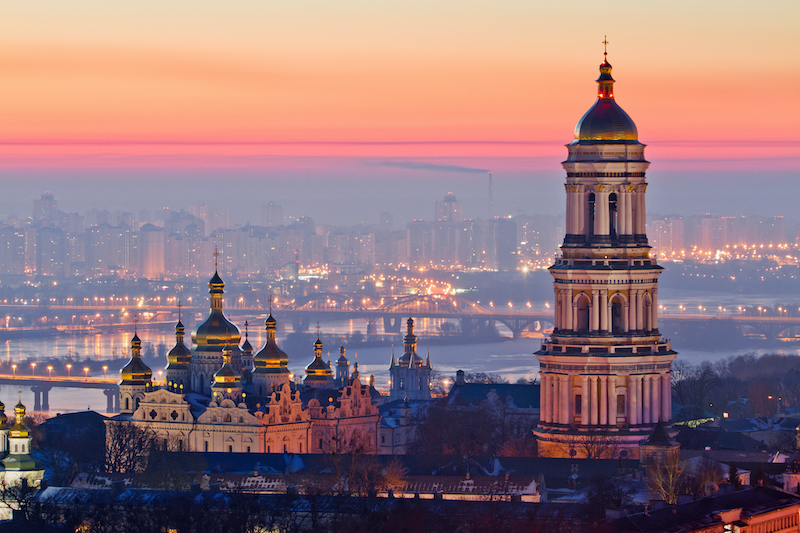 Valentine's Day is a day for love, and we all know that love comes in many forms. We indeed can experience it in many ways: For a significant other, family, friends, or work.

Here's a confession from our team at nCube: We love what we do, which is building remote teams in Ukraine. And, yes, this February 14th we want you to fall in love with Ukraine, too. Although loving someone (or something) doesn't need a reason, we want to show you why Ukraine won't break your heart when it comes to outsourcing.

Now that the country has become a significant player in the global tech arena, the time to outsource here is now better than ever. According to Outsourcing Journal, the country tops the list of outsourcing destinations in Central and Eastern Europe. Ukraine also ranks 64 (out of 190 countries) in terms of ease of doing business, having moved up from 137th place over the past seven years. During these years, Ukraine simplified its service export procedures, took extra measures to protect investors, and signed a visa-free regime with the European Union.

As a result of these measures, the country has turned into a vast outsourcing landscape. Currently, there are nearly 12K IT companies in Ukraine, including world-famous tech startups, product companies, outsourcing companies, and R&D centers. To top it off, Ukraine is home to over a hundred R&D centers of international tech behemoths, such as Microsoft, Samsung Electronics, Oracle, IBM, Ericsson, Cisco, and many more. The fact that companies of this caliber have chosen Ukraine's talent to support their operations says a lot about the Ukrainian IT market's maturity.

Talented people push the industry forward, and Ukraine can boast 200K professional developers. Thus, outsourcing in Ukraine allows you to tap into a vast pool of engineering experience. It won't take long to find skilled developers with more general tech backgrounds, as the most popular programming languages among Ukrainian developers are Java, C#, JavaScript, PHP, and Python. If we're talking about narrow specializations, AI, IoT, Unity 3D, or Blockchain, chances are high you'll bump into seasoned specialists soon enough after the hiring process kicks off. The capacity of the talent pool is also limitless when it comes to other languages, including C++, Scala, Magento, Node.js, Python, ASP.NET, Ruby, Symfony, and thousands of developers represent them.

With so many talented tech experts, it’s only natural that Ukraine's tech community is in bloom. Each major IT hub (Kyiv, Lviv, Dnipro, Odesa) has a community centered around specialized technologies, for example, UX, QA, Data Science, Blockchain, and more. There are also coding academies in all major cities where future developers can get the necessary training to land a job. The community holds knowledge-sharing conferences where local IT experts can meet and exchange ideas. An example of such are Lviv IT Arena, iForum, the Games Gathering Conference, etc.

If knowledge is power, then Ukraine is a genuinely powerful nation. Besides being one of the most literate countries globally, Ukraine ranks first in Europe for the number of tech graduates, which makes the country a source for certified technology experts with a STEM degree.

Due to a strong technical background, many Ukrainian developers are on par with their European and North American counterparts in terms of hard skills. On top of that, the state universities, including the alma mater of thousands of tech experts, Kyiv Polytechnic Institute, cooperate with local IT companies to ensure that their curriculum keeps pace with the latest tech trends. Many graduates-to-be are taking internship programs at IT companies to get a chance to receive a job offer.

Speaking the same language with the team is extremely important, and Ukrainian developers are well-aware of this requirement. Since English is taught as a second language in almost every educational institution, most IT specialists can communicate their ideas clearly, read and write on a sufficient level. In fact, nearly 70% of developers speak English at the intermediate and upper-intermediate levels, and 12% have mastered the language at an advanced English level. Most Ukrainian companies have English classes on their perks list that lets engineers increase their fluency levels.

The culture gap can be a stumbling block when it comes to building a distributed team. However, the work ethics prevailing in IT companies have a lot in common with Western companies. That can be chalked up to the international face the IT industry has nowadays, as well as the fact that Ukraine is close to Western Europe, both geographically and mentally.

Without a doubt, in the context of outsourcing, staying on the same wavelength brings better results. Of course, there are certain differences culture-wise, but in general, Ukrainian teams share the same values as their Western counterparts. The tech industry in Ukraine is driven by young professionals who are open to challenges and have a can-do attitude to match their problem solving mindset. What's more important, they tend to be fully dedicated to the projects they are working on and are rooting for their success. They are honest, straightforward, direct (which sometimes is wrongly taken for rudeness), and like to cut straight to the chase in communication. Moreover, most Ukrainian developers are advocates of life-long learning, which allows them to stay relevant on the market.

Time zone is an advantage that may seem inconsequential at first, but after you start working with the team, you'll see that the more working hours overlap with your in-house units, the easier it will be to establish a stable workflow and communication process.

Located in the GMT+3 time zone, Ukraine is a convenient location for nearshoring, given that it's only 1-2 hours ahead of most European countries. Such an overlap enables smooth communication between distributed units.

When it comes to offshoring, the country also boasts a favorable position, given a 7-8 hour difference between Kyiv and the East Coast of the United States. So, if you're based in New York, you can hold your daily stand up with your local team in the morning, which will be the afternoon for your Ukrainian squad. By the time your in-house team starts the day, your Ukrainian unit will already have some progress to report to you. If synchronizing is essential to you, Ukraine developers can move up their working hours and start a couple of hours later so as to have more crossover hours with your local team.

Although outsourcing assumes running a team from afar, it doesn't have to be that far. Ukraine is located in Europe, so a flight from major European cities to Ukraine usually takes a maximum of 2-4 hours of flight time. The country offers a wide array of airlines, from the largest domestic airline, Ukraine International Airlines, to international ones, such as KLM, Wizz Air, RyanAir, British Airways, Lufthansa, and many more. You can also travel to Kyiv directly from major European cities, such as London, Frankfurt, Amsterdam, and Berlin, to name a few. The short distance and regular flights combined make traveling to Ukraine hassle-free.

At the end of the day, love is about building a relationship based on trust and shared values. Countless examples prove that Ukraine has everything needed to be a reliable provider of IT services: from a mature IT market and limitless pool of certified tech talent speaking the same language as you to convenient location and cultural affinity to the Western World.

If you are looking to fall in love with an IT provider, let's connect and talk about your needs to see how we can help you apply the potential of the Ukrainian talent pool to your benefit and hopefully build a relationship that will last.