Ukrainian Developers: How to Get 100% Performance of Your Team 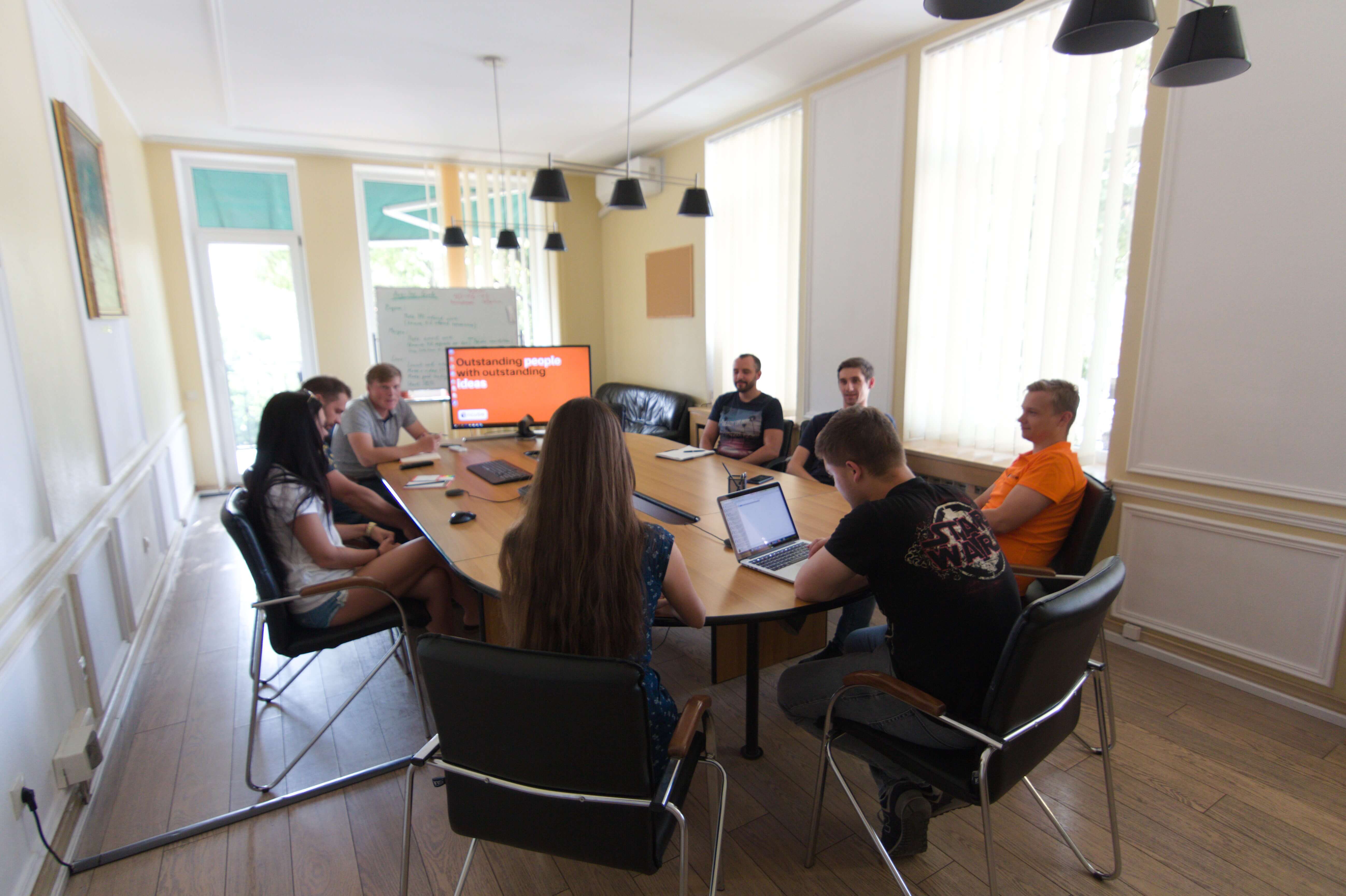 Ukraine is home to nearly 200,000 engineers who drive the IT industry forward while constituting a significant portion of the Eastern Europe talent pool. As such, when you hire Ukrainian developers, you can count on a vast talent pool with diverse expertise, ranging from general backgrounds to niche specializations.

Effective virtual team communication and mutual understanding are among the most important things behind any remote team's success. We can even go as far as saying that there is no point in hiring Ukrainian developers if you don't have the needed resources to run an outsourced team as effectively as an in-house one. Hopefully, this article will serve you as a guide to effective communication with Ukrainian developers.

How to find common ground with Ukrainian developers 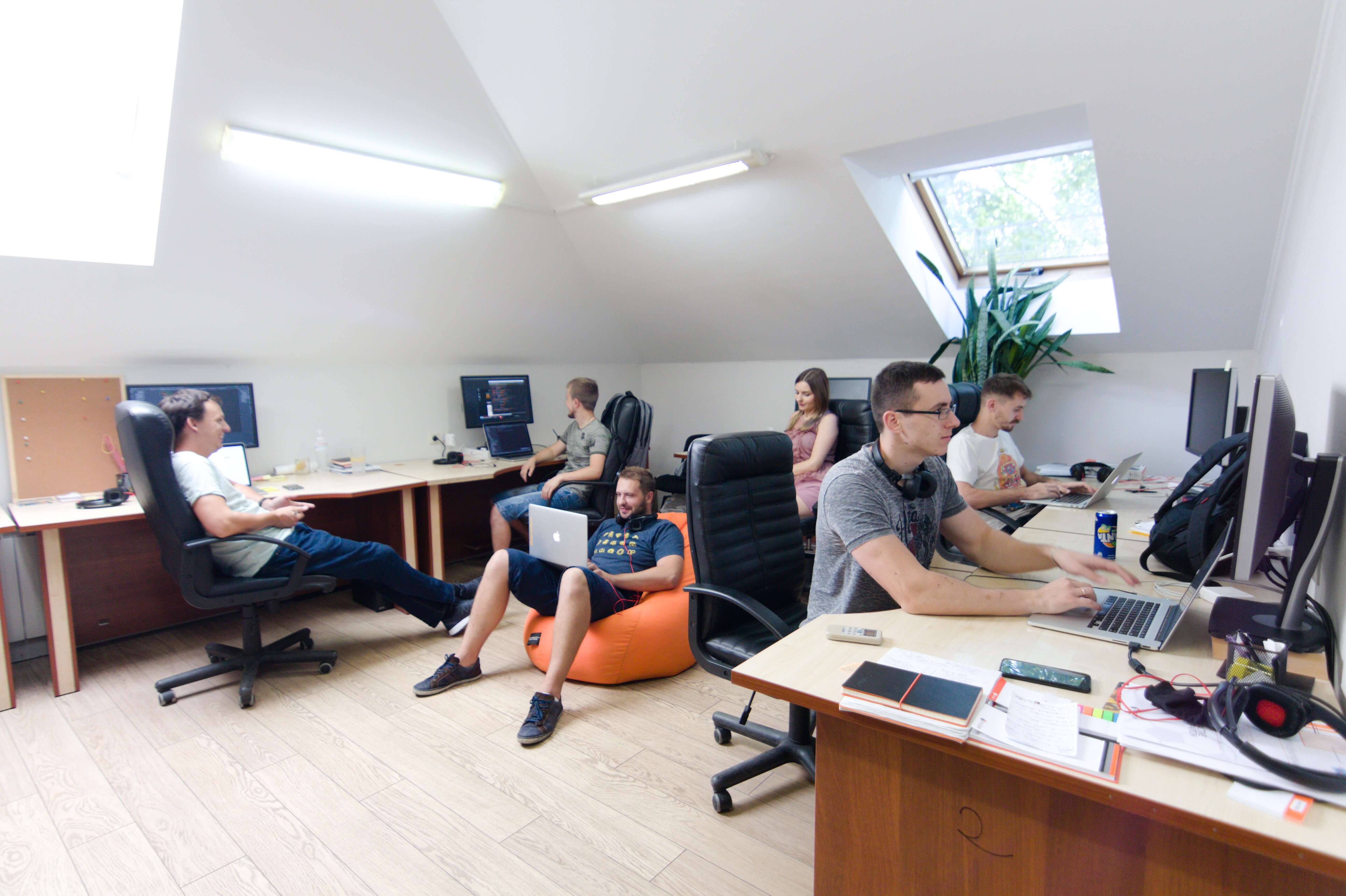 In our experience, the style of communication is shaped by each company individually. Ukrainians don't have deeply rooted behavior patterns in daily activities like siesta or social hierarchy and attitude towards those higher in the rank pertaining to the Eastern cultures. As a nation, Ukrainians are pretty flexible, so the client can choose a company and instill a desirable atmosphere inside the outsourcing group. In the same room, you can find teams with different communication patterns, which holds true for nCube as well.

The bottom line is, whether you want to be formal or more relaxed and friendly in how you interact with your unit of Ukrainian software developers – it's totally up to you. Ukrainian developers are pretty flexible and can quickly adapt to your company's communication patterns.

Ukrainian developers are characterized by a positive mindset, high levels of responsibility, and open-mindedness. Moreover, they have vast experience working with clients from Europe and North America. Many of them have worked abroad or took over distributed projects. Thus, Ukrainian developers can exceed the client's expectations in terms of performance, but it takes effort, a great deal of attention on the client's side to build the right kind of team as well.

English is the official language of the Ukrainian IT sector – nearly 80% of specialists have Intermediate or higher proficiency, which means most Ukrainian developers are confident English speakers. Due to the fact that the lion's share of developers communicates with the client and their counterparts directly, English skills are vital to land a job offer.

Ukrainian developers are straightforward, as in being ready to share their ideas, concerns, and risks related to the project with the client directly. This peculiarity makes them stand out from their Asian counterparts. A stable feedback mechanism will let you take the team's temperature to always be in the know about what's going on with the team and predict possible mishaps.

Exposure to all things new goes a long way for distributed teams. Ukrainians are willing to share their experience with their Western colleagues, whereas some nations prefer to keep the knowledge inside the social groups.

When you hire Ukrainian developers, you'll see that they are open to those who are ready to lead them. The skills mentioned above make them valuable in an environment where the client needs to nurture ideas, come up with fresh solutions, or even contribute to the RnD endeavors of a large company.

While Europe-based companies are usually fine with a 2-hour time difference when they hire Ukrainian developers, North American companies have to find ways to handle asynchronous communication. With an 8-12 hours time difference, the cross-over hours occur early in the morning EST. Ukrainian developers usually are open to shift the start of their working day and start later in their afternoon. However, it will probably take extra effort from the client to arrange meetings in line with available communication windows.

As a tech leader, you have to be on top of your teams’ progress at all times. You probably use a wealth of timesheets, several collaboration tools, or even have a dedicated project manager on-site as a point of contact. Still, despite the effort you invested, you may find out about the issues with your team too late. Below are a few tell-tale signs of a brewing conflict.

When you hire Ukrainian software developers, you expect them to be within a reach at all times. Thus, when a developer goes off the grid, they are likely to miss a deadline. In our experience, most Ukrainian developers treat their projects in all seriousness and tend to stay responsive even after hours and on weekends as well. As such, when a developer ignores your messages, there has to be a good reason. In this case, consider contacting the team members and if the problem persists – let the manager on the vendor's site address it.

Although Ukrainian developers rarely miss deadlines on account of a lack of responsibility, if it happens, schedule a one-on-one meeting with the developer. Let them explain why it happened and learn the cause behind the missed deadline – whether the deadline wasn't explicitly communicated or maybe they have encountered some roadblocks along the way. However, if the conversation didn't have any future effect and the developer continues missing deadlines, it's best to escalate to the vendor's management.

If you have expressed a clear expectation that the developer should be present at a meeting, there's hardly an excuse that can warrant missing it. When it comes to your daily standups, the reason may lie in their running late for work. If any developer fails to make it on time to a meeting, or even worse, ignores them, then you should definitely contact the vendor's management.

Developers may ask their clients to sway the vendor to give them a raise. When it happens, you should ask your account manager to point to a person who could solve this problem. If you feel uncomfortable with the situation, you can request to find a replacement, as this is probably an indicator of a developer's motivation drop.

Aggressive employees are uncommon for Ukrainian IT companies. If such an employee somehow comes your way, it's most likely due to a recruiter's mistake. The right thing to do is to escalate the problem and ask the vendor to find a replacement for the developer.

What can be done to improve cross-team communication?

If you've decided to hire Ukrainian developers, here are our bits of advice to improve communication in a distributed environment.

If you have made it to this point, you're probably interested in adding Ukrainian developers to your team. Let's schedule a call so we can walk you through the process.