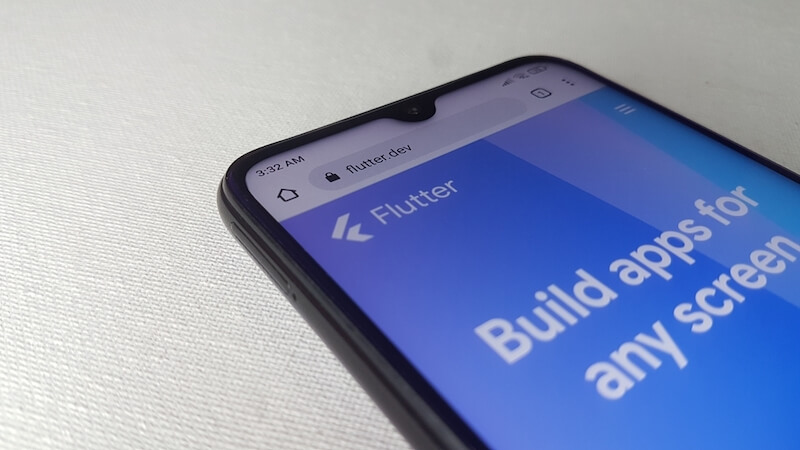 Flutter app development in a nutshell

In simple terms, Flutter is a cross-platform mobile app development solution combining three core elements - visual consistency across platforms, easy development process, and native performance. Google released Flutter in 2017. Since then, it has gained massive popularity and is often named one of the best open-source User Interfaces (UI) for developing native mobile apps. Developers appreciate Flutter as it allows the use of a single codebase for easier mobile app development. The Flutter framework includes a vast UI library and a software development kit (SDK). While being a new player on the market, companies often prefer Flutter app development to other frameworks like Cordova, React Native, and Xamarin.

Applications developed with the Flutter framework are written in Dart. It is a programming language that appeared back in 2009. Google developers used it to develop all kinds of mobile, web, and desktop applications. Particular elements make Dart appealing: Its object-oriented and class-based language. More importantly, developers can write in Dart through the main browsers. This programming language has a syntax very similar to that of JavaScript. Finally, Dart is most often used in front-end development.

Business Insider suggests that there has been a massive interest in Dart and Flutter in recent years. Some evidence points to the staggering growth of 500% of developers who have learned the instrument compared to previous years. Why did it happen? Flutter has several benefits that make it unique.

Flutter app developers can use the framework on almost every given machine. It does not matter whether one works with Android or iOS. With its expansive toolkit, the framework allows designing all the UI components in one place. Essentially, using Flutter, you do not need to create different versions of an app for iOS and Android. All you need is to rely on Flutter and its cross-platform environment.

Often, it can take ages to alter some small visual aspects of an app before shipping it onto the test device. When it comes to Flutter, one can avoid such an obstacle with the framework's “hot reload” tool. It has a layout preview feature and allows seeing the changes to any visual component almost instantly. What is more, when doing so, you do not lose the application’s current state. It makes Flutter app development faster in comparison to other frameworks.

Not everyone can use Android Studio from the get-go. In turn, Flutter is famous for its lego-like simplicity. You must put widgets together to use the framework and see an app’s entire visual layout. Flutter app development can be especially handy when developers look to create a simple application. Besides, it can mean the world when you do not have the time and budget to develop a new app.

Flutter gives developers vast opportunities for different manipulations with an app under development. Such an expansive toolkit is fueled with a powerful rendering engine. Flutter app development stands along Skia, allowing rendering into a platform-included canvas. Due to the rendering engine, the UI-built framework within Flutter can be launched on almost any platform. In other words, Skia and Flutter developers do not need to adjust the UI when the product is transferred to a platform. It massively simplifies the entire app development process.

Finally, Flutter app development is not mobile-only anymore. There is Flutter for Web along with Flutter for Desktop available now. Most recently, Google previewed Flutter Web, which allows running Flutter applications in the main browser without altering the Dart source code.

As with any mobile app development platform, Flutter is not a silver bullet. Essentially, you can make the most of the framework if you consider the following issues:

These are the two most common issues Flutter mobile app development companies face. Nevertheless, knowing the drawbacks in advance offer some time to find effective solutions.

Flutter is a perfect choice for small companies with great ideas that do not have a massive budget to realize them. In addition, the framework allows faster code development and almost native app performance with UI layouts that do not change the matter what platform you use. All in all, the key benefit of using a Flutter app mobile development company is a product with an increased time-to-market delivery.

If you have already decided to choose the Flutter framework for developing a new app, you can hire a Flutter mobile app development company to match you with the right kind of talent. We at nCube can help you build your team of Flutter app developers (and other mobile and web development specialists as well) within a team formation process that takes into account the needs of your project. Contact us.