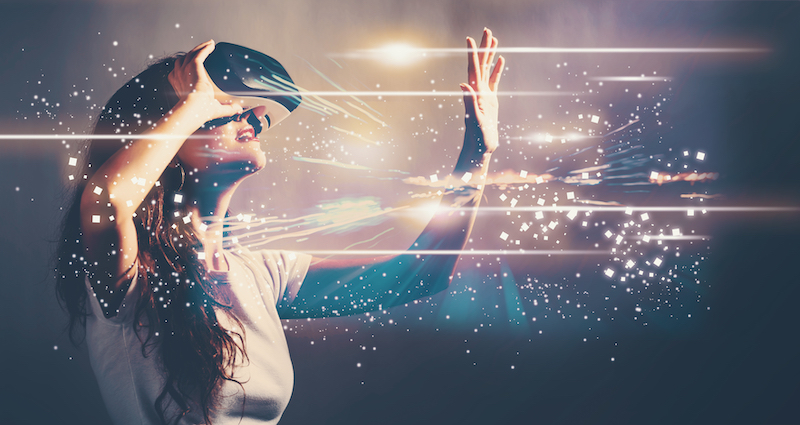 Today, tech giants are working on adding augmented, virtual and mixed reality capacities to their platforms. Many of them went as far as developing their own gear such as Microsoft (HoloLens), Facebook (Oculus), Google (Cardboard), Amazon (Sumerian). Apple is lagging behind in this area – the official Apple VR headset is not going to hit the market until 2021.

Co-founder of High Fidelity and a creator of Second Life, Philip Rosedale is considered by many to be one of the visionaries of technologies' future. He shared his opinion about advancements in augmented and virtual reality technologies we are going to see in the next five years.

Virtual reality gear traditionally relies on PC connection and uses a bunch of wires and hefty equipment that stand in the way of being fully immersed in a simulation where a user could move freely. In the future, VR technology will become tetherless and mobile. Oculus Go that leads the way in virtual reality market requires only a mobile app and can be used anywhere via WiFi connection. With the built-in screen, Oculus Go has an advantage over its contenders in virtual experiences like Daydream (Google) and Gear VR (Samsung).

Currently, HoloLens 2 from Microsoft is the leader in providing autonomous augmented reality experiences.

Freedom from all kinds of wires and hardware will turn virtual and augmented reality into a highly interactive and mobile technology available anywhere. Rosedale predicts that in five years we will probably be using lightweight eyewear to get immersed wherever we want.

HoloLens 2 leads the way in AR gear in terms of quality and comfort of use. However, its predecessor had a major issue – the limited field of view. The user could see holograms in a small box in front of them, which disappeared at the slightest turn of the head. It seemed like looking at the simulation through a tiny square.

Designers of the upgraded version of HoloLens use laser technologies for creating a microelectromechanical systems display. This kind of display uses mirrors to position waveguides in front of the user’s eyes.

The field of view of HoloLens 2 is twice as large. It does not completely fill it, but it is large enough so that you do not get distracted by icons. The further increasing of the field of view can be achieved by adjusting the edges of mirrors.

Microsoft is going to roll out the gear by the end of this year. The rivals of HoloLens 2, Magic Leap and Meta 2, offer the fields of view akin to HoloLens 2 but with lower resolution and a cable, respectively.

You may also be interested in Top Web Development Frameworks in 2019.

What is a mirror world? Mirror worlds are still fiction, but they are soon will become a reality. One day, all things in the physical world will have their digital twins in the mirrored world. Augmented reality as we know it today lets us take a peek at how it will look like – through AR devices and smartphones. Eventually, all of these virtual pieces we see today will be joined together like a puzzle, taking its permanent place in the mirror world.

To create mirror worlds, augmented reality technology needs to be powerful enough to recognize all objects that constitute the real world. According to Rosedale, our devices are becoming increasingly accurate, so we will probably see the inception of alternative worlds within the next five years.

Latency holds back augmented and virtual reality technologies that require a strong 5G connection to work without a hitch. 5G promises multi-gigabit speed, reliability, support for connected devices and seamless real-time immersive experiences. Rosedale says that this kind of connection is going to have a direct impact on our AR/VR experiences in the future. With low latency, we will feel closer to the person on the other end while communicating with them.

Eye-tracking technology allows users to interact with computers using their eyes. The device equipped with an eye-tracker recognizes objects a user is looking at. Eye-tracking devices for augmented and virtual reality are already present on the market today. Moreover, HoloLens 2 has this capacity, which is used for authentication as well as adjusting the field of view for each user individually.

Most of today’s augmented and virtual reality headsets are lacking important elements like eye- and facial expression tracking. Recognizing facial expressions and performing sentiment analysis will be the next step in taking interpersonal interactions to the next level. 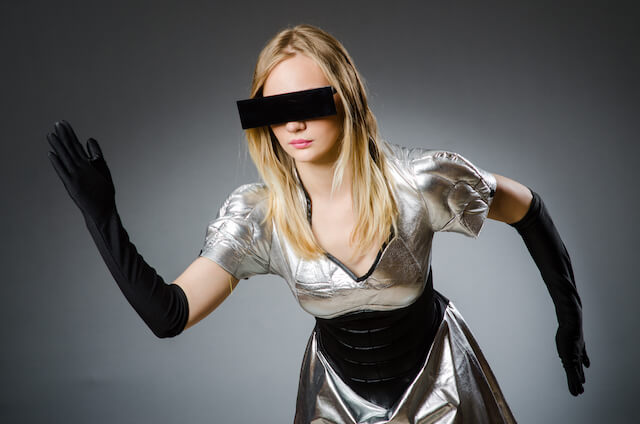 AR and VR will definitely bring us rich immersive experiences to our workplace, home and gameplay in the next decade. It looks like these experiences will be as meaningful as our surrounding physical world.

These technologies provide feasible solutions for challenges in education, emerging technologies in healthcare, as well as fascinating user experiences in gameplay and online shopping.

Whether you develop a mobile app or a game, you can always expect enhanced user experience and engagement by adding AR capability to it. We at NCube can build a team of software engineers around your technology stack. Contact us to discuss your project!