Your Guide to IT Services in Colombia

IT services in Colombia 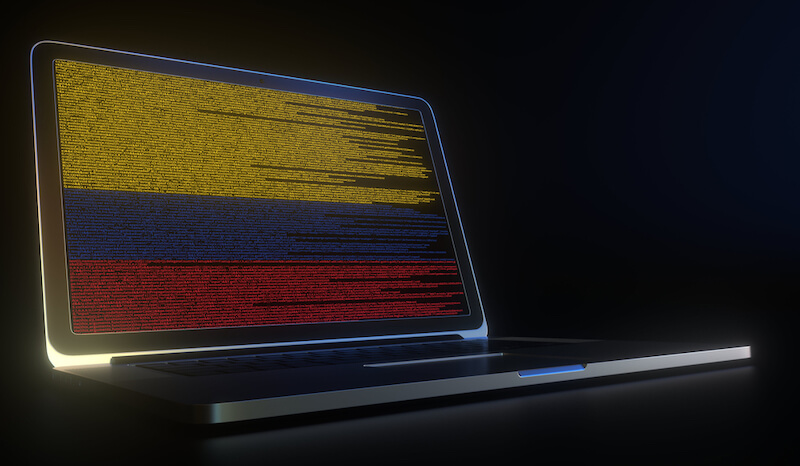 Colombia is one of the most vibrant and varied nations in LATAM that combines both dynamic cities and a relaxed pace of life near the sea.

In recent decades, the country has risen to become the third largest and most rapidly growing hub of IT talent in LATAM, attracting foreign companies looking to build remote tech units. The primary reasons behind this is a skilled workforce incentivized by governmental support, advanced infrastructure, strong tech education, attractive rates of local developers, cultural compatibility, the maturity of the local IT sector, and a focus on Intellectual Property protection.

The market for exports of IT services in Colombia comes 4th in LATAM, just after Brazil, Mexico, and Chile. In fact, the market has grown by more than 30% between the years 2020 and 2021. According to the Colombian Federation of IT, the industry contributes 2.9% to the country's GDP. The government aims to raise the bar to 5% by 2025. The industry is shored up by Foreign Direct Investment, which is incentivized by Colombian tax law that relieves international companies from paying Value Added Tax (VAT). Among the major beneficiaries of IT services in Columbia are such countries as the USA, Ecuador, and Mexico.

The tech talent industry is one of the most job-generating in Colombia. Local engineers have strong expertise in providing IT services for the Columbian market, especially in the manufacturing, government, finance, and telecommunication sectors. This has propelled the proliferation of tech parks, investment funds, and tech incubators that contribute to strengthening the country's IT sector. As such, IT services in Columbia are ready to cater to the global need for custom software development.

Among the global leaders that have acknowledged the potential of IT services in Columbia are Amazon Web Services, Microsoft and IBM Oracle, Accenture, and Globant.

The IMD World Talent Report shows that Colombia has one of the broadest pools of IT specialists in LATAM, with the highest growth and training rates. The sector of Business Process Outsourcing can potentially generate 15,000+ vacancies per year. Overall, it encompasses over 500,000 employees. According to LinkedIn data, there are currently 64,000+ software developers in Colombia, which is the fourth largest pool in LATAM, after Brazil, Argentina, and Mexico. The majority of IT services in Colombia are focused on the following sectors:

According to Coursera’s Global Skills report, Colombian software engineers rank high for their expertise in the following fields of knowledge:

When it comes to programming language skills, Colombian developers are most skilled in Java, C++, Python, and SQL.

Education of IT specialists in Colombia

According to the data provided by the Ministry of Education in Colombia, nearly 700,000 students graduated with degrees related to STEM between the years 2001-2018, which makes a significant pool of skilled and experienced developers. The main student hubs are  Bogotá and Medellín.

Today, the government has geared up to make Colombia one of the largest IT services providers in LATAM. To that end, it came forward with the initiative of 2.5 million USD aimed at training 112,000 software developers by 2025.

READ ALSO: How to Find Software Developers in Latin America

When it comes to Computer Sciences, the market is replenished by 13,000+ graduates each year, which is one of the highest numbers in LATAM. The share of professionals with degrees is significant – when you work with providers of IT services in Colombia, you can count that nearly 75% of IT specialists have a formal education. The rest 25% are self-taught or have undergone alternative IT training.

IT services Colombia: A thriving infrastructure

Direct foreign investment is the bloodline of IT services in Columbia. In 2019, Colombia joined the Center for the Fourth Industrial Revolution founded by the Ministry of Commerce, Industry and Tourism, which aims to “leverage the benefits of science and technology for the inclusive and sustainable development of Latin America, balancing technological governance, the use of data and the adoption of emerging technologies.” The country has ambitions to become one of the centers for the Fourth Industrial Revolution thanks to significant investment in science, technology, and innovation.

Colombia has several significant homegrown tech startups, including Brash 3D, GreenSQA, Rappi, and LifeMiles which are excellent examples of innovative companies. The biggest tech hubs of Colombia, Bogotá, Medellín, and Cali are home to 250+ startups that allow local developers to draw experience and further provide it via managed IT services in Colombia.

Why hire managed IT services in Colombia?

Managed IT services in Colombia offer a lot of benefits, especially to North American companies. The local IT professionals are qualified, well-educated, and have vast experience participating in tech projects. Let’s review

Despite the overall low proficiency among the country’s population, English skills are of paramount priority for the promotion of IT services in Colombia – the government aims to make the country bilingual in the upcoming years due to their “Foreign Languages Competencies Development Programme.” Thanks to the program and a range of private language schools, the language proficiency of students and employees is expected to increase. Moreover, the British Council and the US Embassy offer their own language training for students and teachers.

Companies that are located in the EST time zone will enjoy an overlap with their Colombian teams – an ideal scenario for those units for which full-time synchronization is critical. If you work in the US Pacific Time zone or US Central Time, your team in Colombia will be only 1-2 hours ahead – a good case for instant feedback, communication, and daily routine planning.

The providers of IT services in Colombia show smooth integration with US-based companies. The country is the primary choice for many companies looking for nearshoring opportunities, which is partially thanks to cultural compatibility. Local developers share values with their North American counterparts when it comes to ethics, quality of work, taking responsibility, and standards of communication.

If you choose managed IT services in Colombia with nCube, you will access our network of skilled developers and work with them on a remote dedicated model. It will allow you to have full control of your team of developers as if they were your in-house staff. Contact us if you aim to build a remote team in Colombia and let’s see if our approach suits you.

IT services in Colombia