What Should You Know About Microservices? 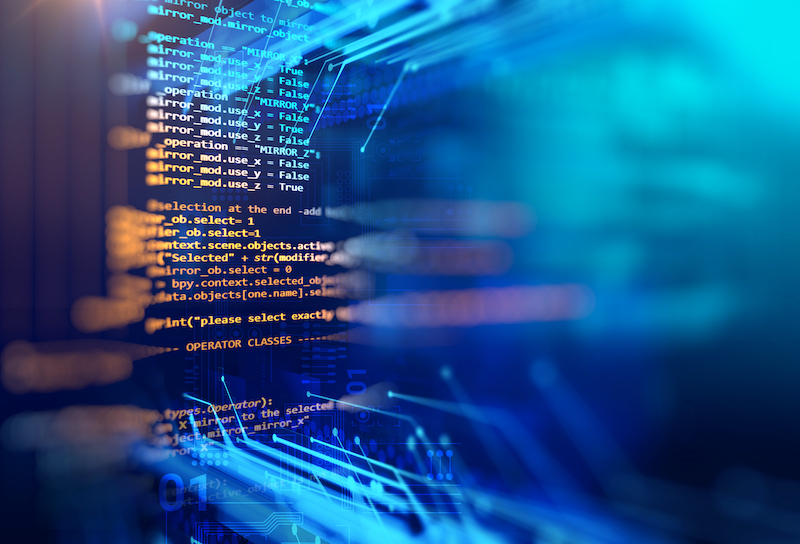 The adoption of Cloud computing gave birth to a Microservices Architecture, an approach to structuring the software architecture as a collection of services. This approach is known for streamlining the development process and making software delivery more quick and efficient.

In this post, we look at the Microservice Architecture: the nature of microservices, the brightest examples from well-known companies, as well as the benefits and shortcomings of this architecture approach.

A Microservices Architecture entails groups of self-contained services, each running as a separate process designed for a specific function. Contributing to an entire software's functioning, they communicate with each other via simple mechanisms, for example, HTTP-based APIs.

To help define Microservices, it's worth emphasizing that their concept pursues these main principles:

This principle suggests that each service should perform a single operation and only one responsibility. With its separate module structure, it resembles a LEGO kit that consists of many modules. If we map this analogy onto software, we will see that each module is a separate function and, when joined together, they form software.

A Microservice Architecture focuses on particular business functions and uses the most appropriate technologies to ensure the function is fulfilled.

The team that builds a service is responsible for it from start to finish. This way, developers oversee the daily module operation and analyze how customers use it to improve it during post-launch.

What is a Microservice?

Identifying software's services is referred to as decomposition. That is the lion's share of work that leads to an architecture that ties back to business goals. There are various approaches to software decomposition.

Some of the big tech names are taking advantage of the implementation of microservices. These companies chose to decompose their monolithic apps and transform them into a collection of microservices to scale quickly, become more agile, and eventually - to drive more profit.

Back in the 2000s, Amazon was a vast monolithic application, causing development delays and standing in the way of scaling. The customer base kept growing, so the development team faced the need to refactor the system from the ground up. They opted in for breaking the monolith into small, independent, single-purpose apps.

Netflix decided to move away from a vertical structure towards a horizontally scaled system on AWS. They started with movie-coding and other behind-the-scenes activities, all the way to customer-facing elements. The company needed two years to refactor its monolithic structure and finalize the transition to microservices. Netflix is running 500+ microservices and APIs that cover 2+B requests daily.

The company's journey to microservices started when the development team was tasked with finding a solution to scale to millions of users across multiple platforms. They sought a competitive edge in an ever-evolving market that would allow them to adapt faster. Microservices allowed them to meet these requirements, and today Spotify has 800+ services that make a flexible structure, eliminate bottlenecks and test quickly. Such structure is also deemed more failure-resistant.

Back in the day when Uber was a new entrant on the market, the company designed its solution to be offered in one city. That warrants the choice of a Monolithic Architecture, but as the company started expanding, it brought on scalability and Continuous Integration challenges. That's when the team decided to redesign their system into microservices. A Microservices Architecture allowed them to use API gateway and deploy services with single functions separately.

The company struggled with handling a heavy load (4B page views a day) back in 2011. A Monolithic Architecture couldn't allow eBay to deliver features fast. As such, the team decided to dismantle essentials like databases, app tiers, and the search engine. That allowed the team to handle unwieldy codebase more efficiently, improve the team's productivity, accelerate time-to-market, and achieve the website's stability.

What are the advantages of a Microservices Architecture?

Microservices let your teams work independently, developing several microservices at the same time. Since much less code goes into producing one service, developers are working faster and more productively. As such, the development time can be significantly reduced. Moreover, businesses can enjoy the following benefits:

Since the development cycles in a Microservice Architecture are much shorter, implementations and updates can also be carried out in a much more agile manner.

Since microservices are smaller than monolithic apps, it takes away the troubles associated with implementing features in the monolithic approach.

If there is a need to scale certain services, it can be implemented across multiple servers and infrastructures.

Properly developed microservices won't affect each other in any way. This means that if one component fails, it won't bring an entire system to its knees, as with the monolithic approach.

As an intricate app is broken down into smaller chunks, it's easier to develop and test individual components, leading to shorter development cycles.

Thanks to language-independent APIs, developers can have free reign to choose their preferred technology for the function.

Read Also: Microservices vs. Monolithic: Which Architecture Suits Best for Your Project?

What are the shortcomings of a Microservices Architecture?

If your company is considering adopting a Microservice Architecture, be prepared to adjust your teams and workflow, as it requires organizational and cultural changes where each team will have its own development processes and be responsible for individual services.

It may not always be viable for organizations to develop a large application to manage their end-to-end business functions. Instead, they opt for scalable and agile solutions, such as Microservices.

At NCube, we build remote teams of software developers for companies worldwide. If there's a need for a Microservices Architecture at your organization, we will hire relevant specialists for your team, like Go developers, AWS and Kubernetes specialists, and software architects. Let's connect.