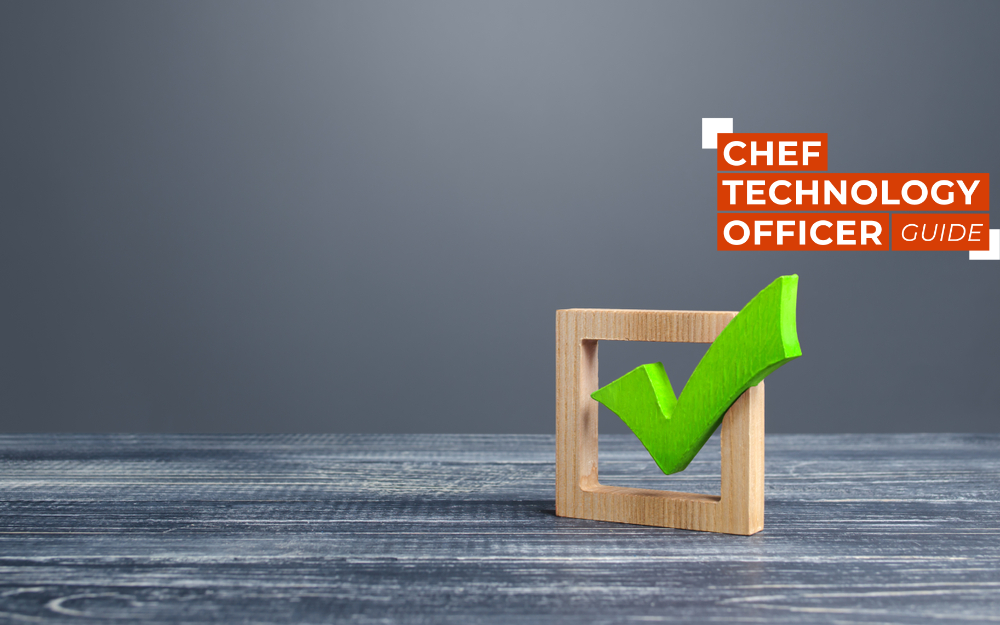 Nowadays, start-ups and a lot of technology-driven businesses are extremely trendy. New original technologies are always coming out and growing. With time, all these business brands have to adopt all the present trends and keep up with them. They need to stay updated and be on the lookout for outperforming their competitors in the digital market.

For managing and controlling the technology development aspect, the position and role of CTO came to fruition. The Chief Technology Officer (CTO) consists of the executive position in an organization. He/she is responsible for supervising all the present technologies and works on bringing relevant policies.

A CTO’s job is to make decisions related to technology while considering all the specifics of business objectives. The role of a CTO is going to differ from business to business. There are multiple CTO types, and the software development companies will pick one that meets their objectives and requirements.

The Supreme types of CTOs consist of:

Software development that was once the realm of hardcore tech enthusiasts working in an environment aside from the operations of day-to-day business has been democratized. New business models bring business, tech, and development together. Also, now a line of the business managers is getting a helping hand in developing programs. They are no longer exiled to a windowless room filled with strange high priests coding, guzzling down energy drinks while working late.

The change sparks from a newer generation of developmental platforms like “Software as a service” that simplifies app creation. And as a new cloud and a service innovation that brings IT to the spotlight in a new era of “dot-cloud boom.” There is easier access and also a significant development for the majority.

SaaSMaker’s CEO and founder, Cary Landis, has been on the front line of cloud movement while assisting in defining NIST’s reference architecture from the start. It was for computing the cloud and also applying SaaS at NASA back in 2008. Landis says that “As a service platform are a part of the technology’s natural evolution.” He says that they have gone from requiring programmers with top specializations to creating a thousand cardboard punch cards fed inside a hopper for executing a single task.

It went from executing a single job to a ready-mate atmosphere, drag and drop evolution, and do-it-yourself components that place routine programmatic operation in the line managers’ hands. There is quicker execution, bigger innovation, and increased efficiency than they ever dreamed. Landis and the team are more than happy with the results and are looking to evolve and expand every day with their company.

Accompanying in Advancement of Entrepreneurship

The innovation of technology is coming in waves now and then. You can see it from Dotcom’s boom during the 1990s and then to the recent rush of smartphones and mobile apps. Every successive repetition of innovation is getting more accessible with time. The easy development of these apps, and the convenient selling platforms, has led to the current statistics in the market:

There is anticipation that the Blackberry apps are going to skyrocket in sales and popularity after the recent shift of the company from its well-known hardware platform to a software company now.

Landis says that the launching cost runs in 10s of millions of dollars during the early stages of the dotcom boom. All of the software is time-consuming and also custom-made. Also, the small projects weren’t present at all. As the launching cost head towards zero, a newer era of the dotcom boom has started already. Today we are noticing a newer type of start-up in the world of post-dotcom known as dot clouds.

The new nimble start-ups utilize cloud-based infrastructure, and so, there isn’t a need for a data center. These start-ups utilize platforms of SaaS development, which eradicates the need for large programming staff. Plus, they also take advantage of and use things such as the existing app stores. In this way, marketing and selling become as simple as app posting inside the online store accompanied by a smart, creative description. 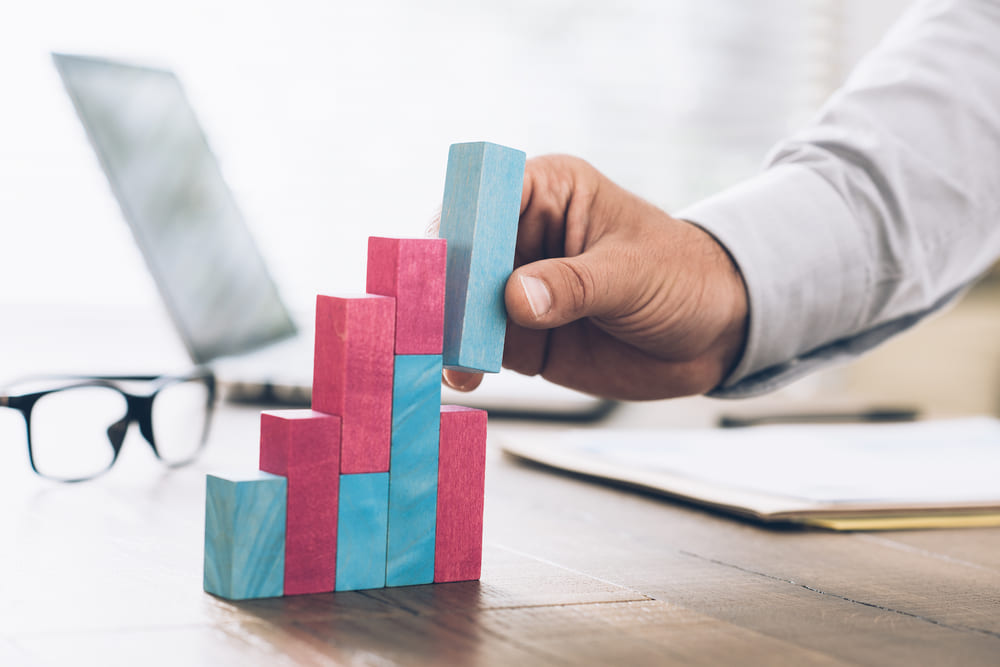 A great example of growth in software development democratization would be moving and focusing on the RPA (Robotic Process Automation). You have to realize that it isn’t just a trend, but Forrester predicts that there will be about $7.7 billion growth in the RPA market by 2020. It shows that most companies are switching to automation (bots) to workers that are free from repetitive and mundane works. It enables them to execute the tasks of the top-level that assists in driving the business.

Also, it isn’t just the department of IT. Diverse units of businesses are using the advantage of Robotic Process Automation for streamlining operations. Proper implementation of RPA and homegrown-based software solutions is greatly beneficial from a partnership with R&D for ensuring solutions. It is robust as it gets and also works in harmony along with the other procedures.

What Does It Mean for the CTOs?

To start, it means adaptation to a brand-new different culture for the CTOs. Software democratization doesn’t change the core functioning of what the CTO can do. However, it does create many new opportunities for flexing your leadership power. It also allows you to steer the company/organization towards newer efficiencies.

CTOs need to follow these three steps for achieving their CTO paradise in the era of democratization. They include:

Embracing the Chaos – A CTO’s first inclination would be to stop and try to rein in all the mayhem of the ad-hoc type projects cropping up in almost every unit of business. Why? Because they are used to peer reviews, tight processes, team programming, and code reviews that ensure top-quality output. But there is the sudden emergence of democratization that allows anyone to do anything. CTOs spend their career increasing efficiencies, so the new diversity thought, and insanity is painful. But it doesn’t need to be that way, and you don’t have to feel like that.

The fact that now the workers present from any of the departments get to have a hand in fixing business issues is a great thing. Avoid stopping them but instead choose to listen, be accepting, and embrace all of the chaos. As a CTO, you will be able to learn a ton of stuff from the projects. You need to extract the resulting final data to help your company like new tools, ideas, and methods to implement technology in solving problems. The thought diversity gives room for new perspectives in locating solutions that didn’t skip your mind before.

Start Leading – You can’t terminate the grassroots assignment of an organization. You need to demonstrate your actions as a supporting colleague by offering resources to make it successful. Don’t just tolerate it but act as an advocate and start efforts like training sessions for improving recognition programs and skills. So, in this way, you will be able to reward the employees that take the initiative.

Also, you need to provide supporting technologies for the workers. Yes, the employees will take up their software projects that are homegrown, so why don’t you give them all the right tools? So, you can expect a top-quality result and also enhance the employee’s morale. Try contributing to a corporate culture that is collaborative and increases the final business.

The Same Procedure – Nowadays, it isn’t hard to learn how to code. However, it isn’t just about code writing anymore. It is about monitoring, deploying, supporting, and maintaining software for ensuring a harmonious work procedure. When it comes to democratized work, there is very little emphasis on the solution’s availability, who is going to maintain it, plus how the implementation of changes and improvements will occur. Either it will help develop a productive ecosystem or become a pool of former failed solutions.

As a CTO, you are excellent at instituting the procedure and technologies for supporting DevOps initiatives. CTOs should take the enthusiasm of their colleagues for creating technical solutions that enhance their processes. Plus, they also teach them the correct method by introducing the IT Team to them. The IT team helps bring the vision into reality at all times. It isn’t sufficient to work just with IT resources and software developers. But there should be broadening of the scope by including all the company members that use technology.

Predictions of IT & Data Education 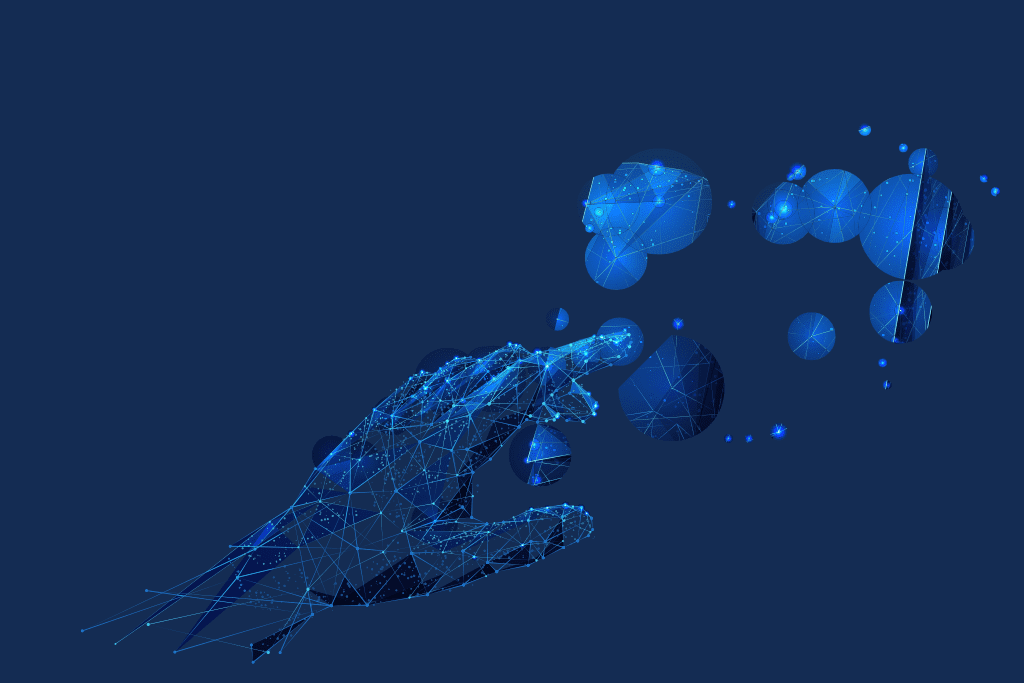 Johan den Haan, who is the CTO of R&D & Cloud Operations, says that “The tech talent supply isn’t going to meet the high demands in 2018, forcefully causing a rise in the tech skills democratization.” The technology development and software’s pace are rising exponentially now at never seen before rates. Johan believes that schools simply can’t churn out all the qualified developers quickly enough in meeting the demand for people with in-depth technical skills. He believes that his statement isn’t just true for now but for the future as well.

It forces companies to look at their software development teams, long & mid-range plants, accompanied by other possibilities. It helps in meeting the demand of the industry. There is a faction growth of low code resources presents now. Johan believes that it will assist in democratizing tech skills and empowering enterprises in transitioning digital transformation, all from tech to transformation of their business.

LCDPs (Low Code Development Platforms) originate from a mixture of 4th generation languages of programming and the fast tools of application development from the 1990s & 2000s. The LCDPs consist of principles used in visual programming, generation of automatic code, and model-driven design. LCDPs promote newer approaches relating to end-user development. Here, Johan states that Mendix has been paying attention to it. The development platform of low code supports the easy production of the application software. This platform does so by making use of the graphical user interfaces along with their configurations.

They don’t resort to the traditional type of computer programming here. These platforms can make operational applications and use minimum coding for extending the functionality of an application. LCDPs are known for reducing the hand-coding amount required and enable quick delivery of these applications. This platform’s biggest benefit would be broadening the range of people who can work on developing the app. Also, LCDPs tend to minimize the cost of deployment, training, and setup.

If an organization or company isn’t able to train sufficient people in software development or traditional data analytics, they need to make changes with their software development process. More people should find it easy to bring technological changes that the enterprises need. Tech schools are stressing more of their time on innovation and less on coding. People need to be more productive during software creation.

In conclusion, we have to understand that both the workforce and technology is evolving every day. And so, the CTOs should also evolve accordingly to keep up with everything. Nowadays, it just isn’t enough and right to work with IT resources and software developers. But there should be broadening of the scope to include every member of the company that utilizes technology. It will make your area of expertise more instrumental than ever.